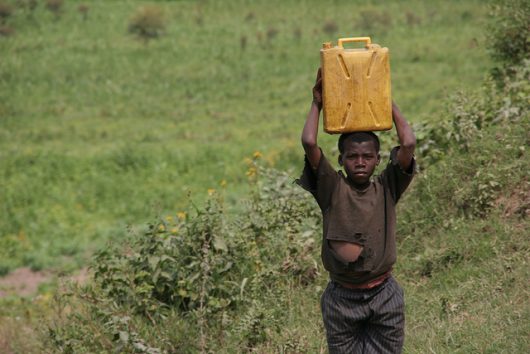 Uganda is a country in Africa that has undergone tremendous growth in its economic sector as a result of a large amount of the population moving to urban centers in the country. However, despite this growth, the country is struggling to provide clean water to its citizens.

Although it is common for issues regarding water quality to be limited to rural areas, the country as a whole is lacking in basic necessities.

In fact, Water.org estimates that 21 percent of Ugandans lack access to safe water, and nearly 87 percent do not have sufficient sanitation facilities. A possible reason for this could be the high population growth in the country, which has stressed the water quality making it abysmal.

In Kampala City, researchers have found the presence of pathogenic bacteria in the springs, which provide a major source of water for the population. The contamination could be due to poor waste management and badly-designed pit latrines. In addition to the contaminated spring water used for domestic purposes, the drinking water quality in Uganda may be in trouble due to the presence of nitrates.

According to the National Center for Biotechnology Information, children between the ages of 12 to 14 who have come into contact with nitrate-contaminated water are reported to exhibit delayed reactions to light and sound stimuli. Clearly, the state of water in Uganda is far below adequate and is wreaking havoc on the population.

Pollution and water contamination kill millions every year and the stress put on the economic sectors by urbanization and population growth has only increased the trouble in Uganda.

In order to improve the water quality in Uganda, the country must work with organizations to provide safe water and sanitation to its citizens. For those who live in rural areas, health and hygiene education is going to be key in identifying unsafe water for domestic use and consumption.

Once the country puts these programs in place, it can focus on developing a better system to deal with its rapid economic and population growth so as to ensure everyone has access to clean water.