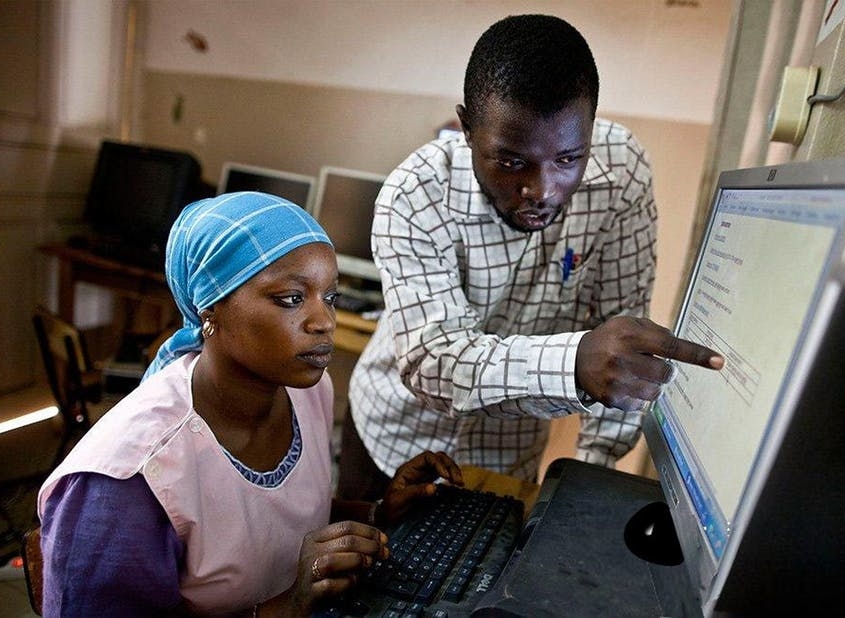 The whole of Africa is known for being an incredibly poor continent. While improvements have been made in certain aspects of life that have provided citizens with better and easier lives in some regions, Africa is still in need of advances that work towards lessening poverty throughout this vast nation. The growing technological consumer base in West Africa, particularly the digital economy and mobile outreach, is becoming a very big deal.

When it comes to technological advances in smaller countries or regions of countries, some nations are way ahead of others. This is largely due to the fact that certain countries have more money than others to invest in these advancements. Even though money may be limited, some areas have found ways to achieve technological improvements.

The technological consumer base in West Africa has experienced a major increase in users in only a decade. Subscribers for the mobile economy of West Africa have reached 47 percent, up from 27 percent ten years ago. These advancements have created new opportunities for government, various industries, start-up businesses, and more. A conference held in April 2018 addressing West Africa’s digital revolution in the last ten years revealed two major factors that contributed to this new digital age: people and technology. People are the ones who rely on, create, and consume technology in increasing numbers while technology and technological advancements continue to broaden their impact the more they are improved upon. The conference was devoted to these two factors in an attempt to bring continued support for integrating mobile and digital technology into society in these regions and bolstering the new growing base of users.

An example of the impact of the increasing technological consumer base in West Africa occurred in 2017. To begin, 85 percent of the world’s population lives in Africa, Asia, and Latin America. Large companies such as Google realize that what works for citizens in western culture may not work in the most heavily populated regions of the world. When 1GB of data can cost a consumer almost 10 percent of monthly income, better user options must be considered to grow the consumer base. Recognizing this, Google broadened the YouTube Go app to Nigeria. This app is data-friendly and allows viewers to save and watch videos offline. Google also created an app called Datally for Android which helps users conserve data. As an internet conglomerate, Google realizes that areas like West Africa are the future of the world’s growth. It focuses on ways to enable these areas to grow in a technological age and improve life for its citizens.

Organizations, such as the World Bank Group, have been promoting a digital economy in all parts of Africa. A digital economy will connect Africa’s citizens to various industries, services, information, and each other. In addition, it will provide people with a digital ID to validate their identity and help them connect to necessary government services. Citizens will also gain easier access to formal financial services including mobile money, such as e-commerce and online markets. West Africa’s most recent technological developments and increasing consumer base provide proof that these advancements are possible, they work in these regions, and they make life better for its citizens. This can influence other regions of Africa to continue developing a digital economy.

West Africa’s growing technological consumer base is a possible stepping stone to a better future for Africa as a continent. This growth of the digital economy in Africa that will give citizens much-needed resources, provide more economic opportunities, and create a better way of life.