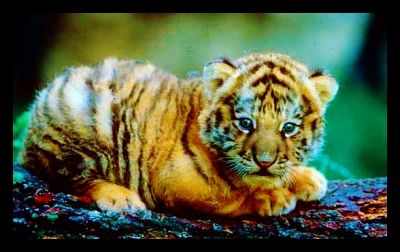 The debilitating effects of extreme poverty on the citizens of afflicted countries are well-documented. Poverty leads to illness, shame, violence, and overpopulation. Yet poverty is not only detrimental to the human populations of the countries in which it exists, but also the animal populations which coexist alongside it.

It is well known that the earth cannot produce the resources to adequately sustain the current human population, much less at its current rate of growth. We are currently stripping our planet of all its available resources, with little room to maintain ourselves, much less wildlife. The situation is at its most dire in poor, rural villages where people are caught in an uncomfortable co-existence with native wildlife.

Those who still survive by a hunter-gathered lifestyle get food, clothing, and medicine from their surroundings. A research paper by the Department for International Development’s Wildlife and Advisory Group states: “We estimate that wildlife plays a significant role in the lives of up to 150 million poor people. Of the estimated 1.2 billion people who live on less than the equivalent of one dollar a day, about 250 million live in agriculturally marginal areas, and a further 350 million live in or near forests. Wildlife plays some role in the lives of many of these people, and is thought to be a primary livelihood asset in the lives of up to one-eighth of them. Where wildlife is declining or access to wildlife is denied, poor people adapt, but often at a cost to their livelihoods in terms of reduced income, fewer diversification opportunities and increased vulnerability.”

Resources are not the only problem, but also direct competition. Many are often forced into destruction of wildlife, not for a willful hatred of animals themselves or for recreational purposes, but out of sheer necessity. Tigers in India are often killed by rural communities which fear losing irreplaceable livestock. Poaching is a result of a desperate need for money, as ivory and other endangered animal parts often fetch handsome prices. Better education and greater opportunities for the individuals committing these acts would be far more effective than punishing a crime that the current system inevitably forces them to commit.

What this means is that the existence of poverty and conservation of our wildlife are mutually exclusive. One, by necessity, prevents the other. To conserve wildlife is to rob poor communities of the few resources they have, and to not intervene means the inevitable destruction of our environment and the creatures in it.  We have created a system where, if we do not act, we are choosing to destroy either our fellow humans or our fellow creatures. We cannot currently sustain both.