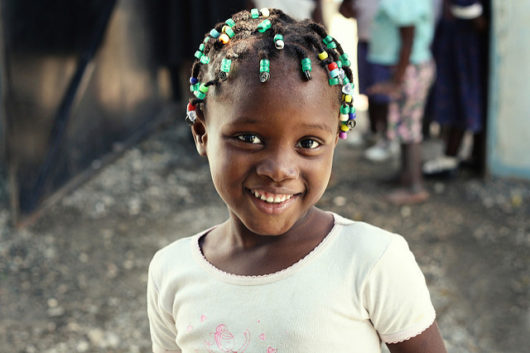 From the devastation caused by the 2010 earthquake and the Haitian Creole word “chanje,” meaning “change” and “transformation,” hope for Haitians has emerged in the form of the Chanje Movement. According to the movement’s website if you can say yes to change and share it with the community and the world, then you could be considered as a part of the Chanje Movement.

Yet, beyond such motivating and inclusive statements, the Chanje Movement tangibly combats poverty in Haiti by transforming the lives of the next generation through addressing basic needs, creating healthy communities and providing leadership training.

The Chanje Movement believes that young people in Haiti have the power to reconstruct a nation in which more than 50 percent of the population is poor and 2.5 million people need humanitarian aid eight years after the earthquake that took 316,000 lives.

Five of the projects the Chanje Movement promotes on its website highlight five symptoms of poverty in Haiti. They are described below.

The Dream Center is intended to be a community center where Haitians can gather to have a variety of physical and social needs meant. In Croix-des-Bouquets, a village about eight miles northeast of Port-au-Prince, people are working on building in stages a space for a church with a local pastor, a medical clinic, an education center, a trade school, a home for orphans and an auditorium for special events.

Specifically, the Chanje Movement desires for this type of space to be replicable throughout Haiti, so as they equip the Haitians of Croix-des-Bouquets, they can, in turn, spread similar positive change throughout the country. The World Bank claims that one of the key needs poverty in Haiti has created is the investment in people, both in their individual futures and access to basic services and collectively as a community. The Dream Center aims to accomplish these needs.

So many places in Haiti need clean water that the Chanje Movement usually has a waitlist for when they receive donations. Less than 50 percent of the rural population has access to clean water. This is because rural areas often depend on piped water systems that require hand pumps. These systems require funds for maintenance, so they are often neglected. The lack of clean water unsurprisingly leads to health problems, such as the cholera epidemic after the 2010 earthquake that claimed 8,700 lives. The whole system is tenuous, as exemplified by the resurgence in cholera in early 2015 following heavy rains.

Tens of thousands of Haitians lost homes in the earthquake and about 55,000 people still live in tents and makeshift homes eight years later. These abodes do not offer safety, shelter from tropical storms, insulation or hygienic conditions. The Chanje Movement’s efforts to build real homes benefits individuals and the Haitian economy, as Haitian workers are employed to construct them.

With donated funds, the Chanje Movement loans up to $500 to Haitians to be paid back in six months to two years, increasing economic stability by allowing Haitians a chance to start businesses. When the loans are paid back, funds are immediately reinvested in a new entrepreneur. The World Bank claims that helping Haitians use their skills to start their own businesses will be crucial in ending poverty in Haiti, as the income a business provides will allow assets to accumulate, protecting the next generation of Haitians from the devastating consequences of a natural disaster like the earthquake with savings.

Additionally, helping Haitians generate more steady income through their own businesses could address the orphan crisis that is a huge issue related to poverty in Haiti. Currently, 30,000 children live in orphanages in Haiti, but 80 percent of these orphans have at least one living parent, a discrepancy caused by the homelessness following the earthquake.

Meanwhile, backpacks full of supplies help provide for some of the country’s orphans at the homes the Chanje Movement has for children in Croix-des-Bouquets.

Daniel DiGrazia attends Crossline Church, a church partnered with a Christian organization called The Global Mission that currently connects 18 churches and humanitarian outreaches around the world, including the Chanje Movement. DiGrazia has been to Haiti four times in the past three years and explains that a key part of distributing these supplies, which he helped with earlier this summer, is playing with the kids that live in these orphanages.

He explains, “I’d love to go again next year. It is a really good experience and I really love the people there. And I really don’t want to just be there and gone. I want to build relationships and keep coming back and see how they’re doing.”

For those that cannot immediately travel to Haiti, supporting the Chanje Movement tangibly combats poverty in Haiti. In the past year, thousands of Haitians had basic needs met with clean water and food provided by the Chanje Movement. This organization has also trained 500 future leaders and helped 75 children access education, taking steps towards Haiti without poverty and the need for humanitarian aid.