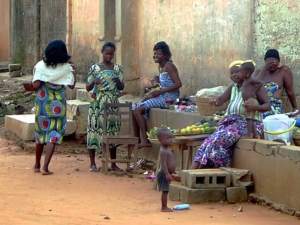 Even with 15 years of rising poverty, child trafficking, famine and corrupt government officials, Benin is in a perfect position to turn itself around.

Despite an annual GDP growth rate of four to five percent over the past 20 years, the Benin poverty rate increased from 28 percent in 2002 to 40 percent in 2015. The country currently ranks 167 out of 187 countries on the 2011 UNDP Human Development Index. As a result, 29 percent of children are malnourished and the life expectancy is only 55 years. If Benin does not improve and expand its economy, it could be in trouble. The country is not prepared for the oncoming massive entry of young people into the workforce. Roughly 45 percent of its population is under 15.

Widespread corruption is another problem in Benin. The country has harsh libel laws that are used to intimidate and imprison journalists. The country is ranked 95 out of 175 countries in Transparency International’s 2016 Corruption Perception Index.

These problems lead to many parents trafficking their children in harsh conditions in Nigeria. The parents often feel forced to do this because of a lack of food and crippling debt. Accounts include boys between the ages of 8 and 10 made to swim to the bottom of polluted lakes to collect sand for cement. For each canoe filled with sand, the boys make one dollar.

The Benin poverty rate is high; despite this, the country is in the perfect position to turn itself around. The country has one of the most stable democracies in Africa. Since 1989, it has held six presidential elections, seven legislative elections and three local elections, all of which were peaceful. This is partly because a courageous press keeps tabs on the government despite intimidation. According to the International Press Institute, Benin has one of the region’s “most vibrant media landscapes”.

Recently, the government has started to introduce reforms. The government has made child trafficking punishable by 20 years in jail. In 2016, the government adopted Government’s Program of Action, an ambitious development program dedicated to improving productivity and living conditions in the country.

If the government is truly dedicated to bringing down the Benin poverty rate, conditions will certainly improve. No more children will be trafficked. Poverty and malnourishment will end. However, it all depends on the Benin press and the international community putting pressure on corrupt politicians to actually work for the people.