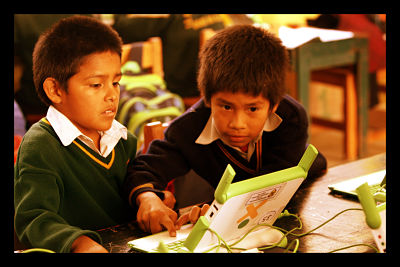 Ideas for ending world hunger are the subject of deep contention and intrigue. Conversations about how best to go about ending hunger are held among regular people far removed from the international, sociopolitical arena or non-profit sector, as well as among leaders in national governments and conferring minds within the United Nations.

Duncan Green in The Guardian recently reminded the world of the stark contrasts between those who can afford to eat and the nearly 900 million who sleep on empty stomachs. Progressive efforts underway in Ghana and Brazil have seen initiatives such as cash transfers to the impoverished and an increase in minimum wage. These programs have made strides, but in nations like India that are growing exponentially, the government must address the issue.

Of the myriad of ways to eradicate hunger, is technology perhaps a truly viable option at this point? If so, are the contributions made by technology being overlooked as a way to finally solve world hunger, or is technology simply a tool in this case?

Josette Sheeran, blogging for The Huffington Post, seems to think that technology is something of a cure-all for world hunger. She talks of the electronic vouchers used in Palestinian territories that give people greater access to food. The World Food Programme (WFP) is responsible for that, and other projects, such as the one in the Philippines that uses texting to feed workers. People participate in work projects and can collect their payment at participating food shops.

The WFP also uses social media with their WeFeedBack initiative that lets the user online select a favorite food and using a special calculator, can see based on its cost how many children would be fed with it. The calculated amount is what WFP encourages the user to donate.

Not long ago, a lab-grown burger patty was cooked and eaten in view of the public, touted as a way to help save both planet and people. A report from The Atlantic posits that the world already produces enough food to feed a growing global population and that new technology won’t necessarily solve the hunger crisis. Three-dimensional food printers are also a new tech tool being developed, but the report makes the case that in-house food printers won’t be an appliance in every kitchen because regular people cannot figure out the technology.

Why, then, would these technologies work in the emergent world? And, even if labs in emergent nations were capable of mass producing meat, consumption would be limited to the middle class and upper classes.

Sarah Sloat for Pacific Standard cites a 2012 paper by CUNY law student Rebecca Bratspies that says food production has grown inversely proportional to the hungry. Better food distribution will help solve hunger more than technological developments. The feeling, then, is that even with the massive amount of resources available to solve the world hunger crisis, the solutions are not dependent upon increased production.

Technology in food production has proven to increase production, but access is still contingent upon how food is distributed and how easily available it is to those who need it. Getting there may not be an issue of widespread production, but rather individual nations doing what they can to feed citizens.

UNICEF: Putting the Last Child First Vaccine for Human Hookworm in the Making
Scroll to top