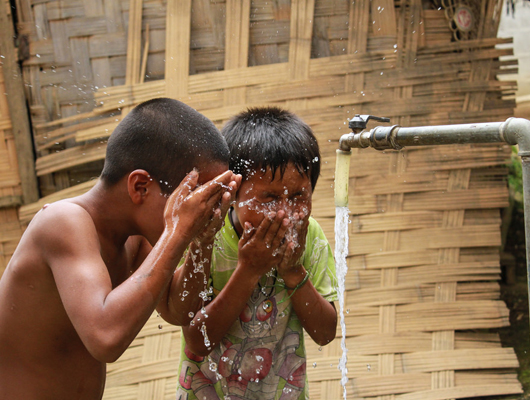 When the Millennium Development Goals (MDG) were established in 2000, 2015 was designated as the target year to achieve many improvements in access to basic human rights such as water and basic sanitation.

Access to water ensures reliable sources of safe drinking water, and basic sanitation guarantees hygienic separation of human excreta from human contact. The MDG established a mission to halve the number of people worldwide without sustainable access to sanitation and drinking water between 1990 and 2015.

According to the United Nations, the world successfully halved the number of people without access to drinking water by 2010, and by 2015, a total of 2.6 billion people gained water access. Meanwhile, 2.1 billion people have gained sanitation access in this time. However, 2.4 billion people have still not seen improvement in this area.

The benefits of clean water access and sanitation are countless, as safe water is a fundamental building block to security in other areas of life. According to ONE, for every $1 invested in water and sanitation, there is at least $4 of increased economic opportunity in developing nations.

Also according to ONE, with universal water access and sanitation, the globe would receive approximately $32 billion of economic benefits annually due to reductions in healthcare costs and increased work productivity from increased standards of life.

A reporter from ONE notes that $22 billion would be generated just in Africa and that African women would be especially impacted by such access. Research has demonstrated that clean water and sanitation has had the power to increase school enrollment rates for females by more than 15 percent in relevant areas.

Despite improvements, the world still has a far journey to travel, which has been a big topic of discussion throughout MDG Target Year 2015. Especially with regard to sanitation, the world has reaffirmed its commitment to improving sanitation standards moving forward.

Held recently at the end of August, world leaders gathered to discuss the importance of the United Nations Sustainable Development Goals in the future.

Moringa: The Miracle TreeHow the Richest Man in China Became its Top Philanthropist
Scroll to top