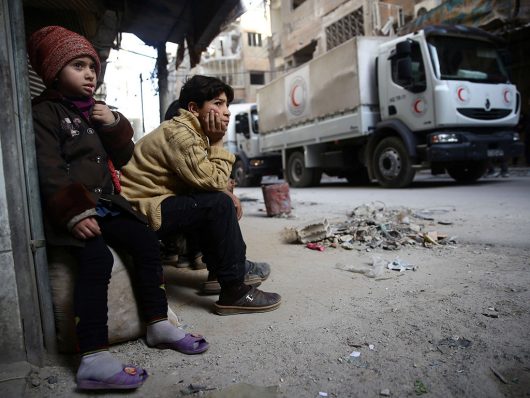 Senator Ben Cardin (D-MD) launched the Syrian War Crimes Accountability Act of 2017 in June 2017. This bill would require a report from the United States on the accountability for war crimes, crimes against humanity and genocide in Syria by the Syrian government.

Syria’s ongoing conflict has lasted over six years as of the year 2017. The war crimes committed in the nation have caused over 4,900,000 citizens to flee to neighboring countries, with another 600,000 living under siege. Evidence has been collected by the Independent International Commission of Inquiry (COI) declaring that the Syrian government has “committed the crimes against humanity of extermination, murder, rape or other forms of sexual violence, torture, imprisonment, enforce disappearance and other inhuman acts.”

Furthermore, a report from 2016 stated that the Syrian government forces used chemicals in an attack in Idlib in 2015 in violation of a pact. The United States and Russia made an agreement requiring Syria to dispose of all chemical weapons to prevent further harm to the Syrian people. Because of these accounts, at least 12 other countries have requested assistance in investigating the ongoing conflict in Syria in order to prevent further war crimes.

Congress has taken initiative, urging all parties in the conflict to halt attacks on civilians and provide the necessary humanitarian and medical assistance in order to end the siege on all peoples. This is a result of another document reporting that, in February alone, the Syrian government prevented 80,000 medical treatment items from going into besieged areas. Syrian citizens now rely on interference from the United States to help provide for humanitarian needs.

Although Congress cannot prevent these sieges from affecting the Syrian people as of right now, the United States has taken action by accepting approximately 12,500 refugees from Syria with the goal of resettlement. This number exceeds the Obama administration’s goal of resettling 10,000 Syrians, a huge accomplishment in itself.

The Syrian War Crimes Accountability Act of 2017 would ensure a report is submitted to the appropriate congressional committees reporting on the war crimes and crimes against humanity in Syria, and would not cease until the Secretary of State determined that the violence in Syria has ceased. It would also ensure that USAID, the Department of Defense and other programs within the government are held accountable for their participation in the war crimes that are occurring in Syria.

The United States is the world’s largest donor to the Syrian humanitarian response, donating a total of $5.9 billion. However, the passing of this bill would allow the United States to assist much more in the well-being of the Syrian people. The next step for the Syrian War Crimes Accountability Act of 2017, since it has already passed the Senate, is to pass through the House of Representatives.

Water Pollution in China is the Country’s Worst Environmental Issue Are Natural Disasters Getting Worse?
Scroll to top