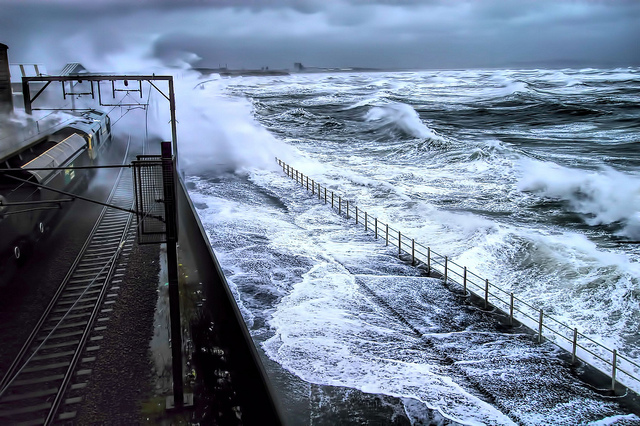 According to the Centre for Research on the Epidemiology of Disasters, the amount of flood and storm catastrophes has risen by 7.4 percent annually in recent decades. With reports of excessive weather damage constantly in the news, it is important to ask: Are natural disasters getting worse?

By definition, natural disasters are any form of catastrophic events induced by nature or natural activities of the Earth. Some examples include earthquakes, floods, hurricanes, droughts, tsunamis and tornadoes. The severity of such disasters is typically measured by the number of deaths, economic loss and the nation’s capacity to rebuild.

Many natural disasters are beyond human control. The constant motion of Earth’s tectonic plates initiates earthquakes and tsunamis. Fluctuation in solar radiation infiltrating the atmosphere and oceans give rise to storms in the summer and blizzards in the winter.

However, sometimes natural disasters aren’t so natural and are caused by humanity’s interference with the Earth’s system.

For example, as environmental pollution increases, humans are contributing more energy to the system; which strengthens the likelihood of repeated hazards such as flash floods, bushfires, heatwaves and tropical cyclones.

So are natural disasters getting worse? The answer is yes. The number of geophysical disasters on Earth’s surface, like earthquakes, landslides and volcano eruptions, have remained steady since the 1970s. But the number of climate-related catastrophes has vastly increased. The amount of damage done to the economy due to these catastrophes has seen a steady upsurge.

There were triple the number of natural disasters between 2000 to 2009 as the number that occurred between 1980 to 1989. A large majority, 80 percent, of this growth is caused by climate-related happenings.

The scale of disasters has swelled due to higher rates of urbanization, deforestation, environmental degradation and escalating climatic elements like high temperatures, extreme rain and snow and more brutal wind and water storms.

Dangerous events do not need to result in a tragedy. Limiting vulnerability and increasing the ability to respond to these disasters can save lives. Additionally, the continuous evolution of science and technology is making it more possible to anticipate disasters, provide aid quicker and allow for the rebuilding of cities in safer areas.