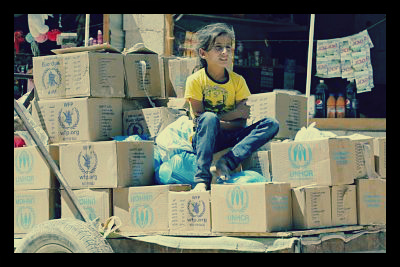 Although countries offered more than $2.4 billion to help Syrian civilians who are struggling due to the civil conflict, United Nations Secretary General Ban Ki-moon said this amount is simply not enough.

According to Ki-moon, “$6.5 billion was needed to provide medical care, food, water and shelter for Syrian refugees and civilians inside the country this year.”

On behalf of the United States, Secretary of State John Kerry pledged $380 million in new assistance. It is true that other countries have offered more than what the U.S. is willing to give this time around. However, the U.S. has provided $1.7 billion since the conflict emerged, making it Syria’s top donor.

Even if enough assistance is generated, there are barriers that reduce or prevent the flow of aid offered to Syrian civilians from reaching their hands. According to Kerry, no aid would be enough in the first place until the Syrian president discontinues “using starvation as a weapon of war.”

Another problem is in the past, not all donor nations actually provided the amount they originally promised. In 2013, only 70 percent of the aid offered by nations actually made it to Syrians. The remaining amount was not given.

Despite the efforts of providing humanitarian aid to Syrian civilians, more money is being spent to destroy the chemical weapons of Syria. According to an article published in The Atlantic, “The U.S. Army’s Chemical Materials Agency oversaw the destruction of just over 28,364 tons of chemical weapons – nearly 90 percent of the U.S. stockpile – for an estimated cost of $28 billion”.

The authors argue this strategy is worth the money and it will eliminate the possibility that terrorists would acquire the chemical weapons of Syria.

All of this is to suggest that the case of Syria is undoubtedly complicated. On one hand, not funding the destruction of chemical weapons may haunt the U.S. in the long run; on the other hand, according to the New York Times article, “the situation in Syria is worsening so rapidly that the humanitarian needs seems to outpace the resources promised.” Moreover, the article claims that roughly 6.5 million Syrians have been displaced and over 2.3 million became refugees in other countries.

Dealing with the political situation in Syria requires careful planning by the U.S. due to the polarized nature of the state. Perhaps the only solution to this mess is if more donors are willing to pledge a generous amount of money for humanitarian aid. In the meantime, there is no way to tell when the civil war in Syria will end.