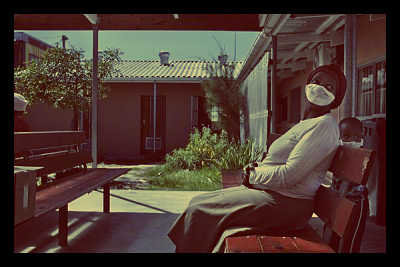 Several are in shock about the tuberculosis situation in South Africa and no solution has been given. Patients who have drug-resistant tuberculosis are being sent home despite the high likelihood that they will transmit it to their family members. These findings have been released after a study was published in the medical journal, The Lancet.

According to the report, 107 patients were monitored while they were treated for tuberculosis. Out of these people, 78 died in spite of being treated with six drugs to 10 drugs. These South African patients who were diagnosed as untreatable but infectious were discharged due to insufficient beds in hospitals. Several doctors are advocating for funding so that patients can be treated away from the community. Tuberculosis is highly infectious and can just as easily spread like the flu, ultimately infecting the lungs and potentially causing death.

South Africa does not have advanced treatments for tuberculosis and according to the World Health Organization, 450,000 people have multi-drug resistant tuberculosis in Eastern Europe, Asia and South Africa. Research professors are in support of reintroducing old sanatoriums so that these patients will have comfort and long-term care while they struggle with the untreatable disease. According to The Lancet, 42 percent of patients being sent home have drug-resistant tuberculosis. In several cases they were being sent back to their one bedroom homes shared with children and other family members.

Keertan Dheda, a professor of medicine in Cape Town reports that new drugs are urgently needed. Most tuberculosis patients may live for more than a year and are risking the lives of others they come in contact with during that time. Those with virtually untreatable tuberculosis, XDR-TB, pose extreme danger to communities. In one case, one patient passed on the infection to his brother and both died.

Such cases have led to global strategies in the past with development of new forms of tuberculosis control. Due to the current lack of funding, the situation does not look promising. There is a large need for investments in drug development and diagnostics for global tuberculosis research.