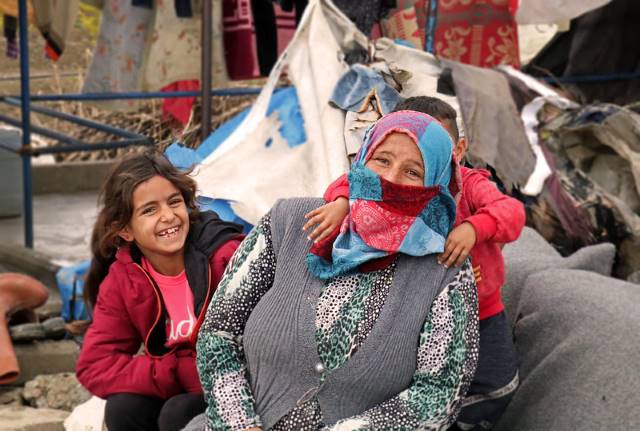 In March 2021, the Biden administration announced it would provide roughly $600 million in humanitarian assistance to Syria. This Syrian aid aims to help the millions of refugees in the country as well as the native Syrian population. In addition to this pledge, the U.N. is seeking $4.2 billion to help Syrians and about $5.8 billion for countries hosting Syrian refugees. These efforts are being made as the war in Syria reaches its 10th year and continues to be one of the worst humanitarian crises.

US Aid to Syria

Secretary of State Anthony Blinken announced that the U.S. would contribute $600 million in aid during a conference titled “Supporting the Future of Syria and the Region” in Brussels. At the conference, Blinken said, “There is no military solution that will bring peace, security and stability to Syria and the region.” He then continued, “Systemic corruption and economic mismanagement at the hands of the Assad regime have exacerbated the dire humanitarian crisis, which has been further compounded by the challenge of COVID-19.”

At the figure of roughly $600 million, this amount is slightly less than the 2020 pledge from the U.S. where the U.S. aimed to contribute $700 million in Syrian aid. However, the United States still remains the largest donor in Syrian response efforts. In fact, the U.S. has contributed almost $13 billion to the cause since 2011.

The U.S. ambassador to the United Nations, Linda Thomas-Greenfield, also addressed the announcement of the Syrian aid at a press briefing. She confirmed, “This funding brings the total U.S. government humanitarian assistance to nearly $13 billion since the start of the decade-long crisis.” She further stated that the monetary assistance includes nearly $141 million in support of the COVID-19 pandemic efforts in the Syrian region. This assistance will provide humanitarian relief to the Syrians still living inside Syria as well as the 5.6 million Syrian refugees in asylum countries like Turkey, Lebanon, Jordan and Iraq.

A Commitment to Continued Support

The pledge of $600 million from the U.S. also illustrates a break from the Trump administration’s efforts to cut aid to Syria and foreign assistance funding. However, even despite Trump’s opposition, Congress for the most part disagreed and U.S. assistance to Syria remained steady throughout his term. This continued funding comes at a good time as humanitarian needs in Syria has never been greater, according to the United Nations. Roughly 66% of Syrians need humanitarian assistance. Across Syria, UNICEF estimates that more than half a million malnourished children are experiencing stunted growth due to inadequate food and nutrition.

Meanwhile, the U.N. Relief and Works Agency for Palestine Refugees in the Near East (UNRWA) is still advocating for the support of the 440,000 Palestinian refugees in Syria. The UNRWA reports that a shocking 90% of these refugees in Syria are living in absolute poverty. Since the Biden administration pledged to restore relations with Palestinians, the U.S. is expected to resume aid to the relief agency since Trump ceased funding to the UNRWA in 2018.

With significant support from the U.S. and the rest of the international community, the humanitarian crisis in Syria may finally come to an end. Supporting Syrian aid ultimately means supporting the most vulnerable people in desperate need of relief.