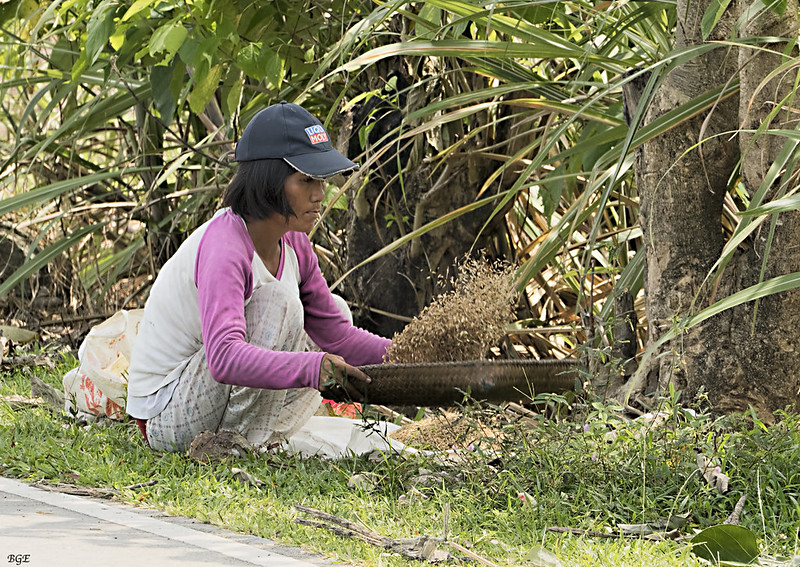 Roughly 2 billion people across the globe rely on agriculture to make a living. However, due to unprecedented amounts of soil degradation (nearly a quarter of the world’s productive land is degraded), the livelihoods of farmers around the world are being threatened. Out of which, 40 percent of these degraded areas are located in extremely impoverished areas.  The UN-supported project “Sustainable Land Management Practices to Address Land Degradation and Mitigate Effects of Drought” (SLM Project) is attempting to teach farmers around the world sustainable farming practices that will reverse soil degradation and increase productivity.

As previously mentioned, many small subsistence farmers are unknowingly contributing to the degradation of their own soil. This not only leads to less productivity for their farms, endangering their livelihoods but also contributes to deforestation which has massive effects on our whole environment. In the Philippines, the past 100 years has seen a near 50 percent drop in their forest cover and a massive spike in degraded lands, affecting around 33 million Filipinos. The farmers who are contributing to soil degradation and poor land health should not be blamed for their practices. Instead, we should follow the lead of the SLM Project and attempt to teach farmers sustainable farming practices that will protect their soil.

Partnering with the Philippino Government’s Bureau of Soils and Water Management, the SLM Project has undergone the task of teaching countless Filipino farmers tactics to reverse soil degradation. Rosita Adalim, a Filipino farmer from the Bukidnon Province, is a perfect example of SLM’s preferred solution to the soil degradation problem. According to her, “Seminars on SLM helped improve my farming practices. I learned to adapt contour farming to prevent soil erosion especially in slope lands similar to my farm, which also restores soil fertility.”

After she was taught the science of soil degradation, Rosita became a “farmer-cooperator” or a local farmer taught by the SLM project who spreads the information she learned to the farmers in her community. Farmers like Lorenzo Caca have claimed that implementing the sustainable farming practices taught to him by the SLM project has led to his farm yield doubling.

Reports from the United Nations’ Convention to Combat Desertification have concluded that “Land restoration is the cheapest solution to climate change and biodiversity loss.”  The World Wildlife Fund claims that increased soil erosion and degradation will likely lead to increased pollution, increased vulnerability to flooding and a myriad of other negative effects. There is considerable evidence that the declining productivity of farms due to soil degradation is also exacerbating poverty for subsistence farmers around the world.

If the global community follows the SLM Project’s lead, it will empower hundreds of millions of farmers by teaching them Sustainable Farming Practices. This will not only curtail soil degradation and increase food production, but these practices will likely lead to millions of impoverished farmers seeing improvements in their living conditions.