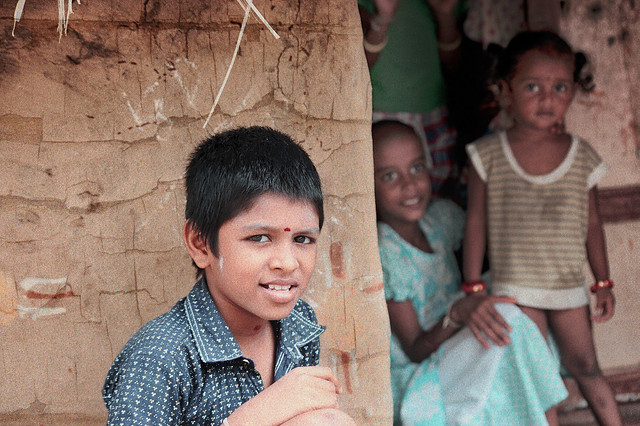 Hunger and food insecurity are major issues in India; the nation is home to 15 percent of the world’s undernourished people. The United Nations’ FAO estimates that every single day, more than 195 million people in India suffer from hunger.

The nation seriously lags behind other major nations like Brazil and China when it comes to crop yield for cereal and rice, which are India’s two key crops. India’s slow and inefficient agricultural sector is the result of limited access to modern technology, inefficient systems for transporting goods and urbanization. And on top of that, 63 percent of agricultural land is dependent on rainfall, so years with low rain devastate crop production. Despite all of this, farmers in India have started movements to utilize more sustainable farming methods and practices that work to make the agricultural system more efficient in order to increase outputs and improves people’s lives.

Sustainable farming practices are used to improve agricultural output and efficiency, which means that more food is produced, less resources are used and more profits are made by farmers. Examples of sustainable farming methods include using a biodegradable mulch film instead of one made from Polyethylene. While Polyethylene films require intense labor to remove, and can affect soil quality and crop growth if done improperly, biodegradable films are naturally absorbed by microorganisms in the soil, and help maintain the quality of soil while reducing costs of labor. Farmers will also use fungicides and insecticides on their seeds in order to improve the health of their crops and enhance their productivity. In addition, due to the fact that agriculture relies so heavily on rainfall, effective sustainable water management is crucial for a successful harvest.

Along with how crops are grown, how they are stored and distributed is a crucial aspect of agriculture. An estimated up to 67 million tons of food are wasted every year in India. Perishable goods end up often rotting as a result of a lack of modern technology, pests, or weather. Sustainable initiatives like using more efficient insulation and special tarpaulins that keep fruits and vegetables at proper temperatures during transportation work to reduce the number of perishables that rot. Reducing the amount of food that rots means that there is more food available to eat, which combats food insecurity and ensure that more food items are available without even increasing crop yield. And of course, combining these efforts with initiatives to produce food more sustainably and efficiently does even more to fight food insecurity.

India’s Natural Farming movement plays a massive role in promoting sustainable farming practices that improve health, create jobs, cut labor costs and improve peoples’ overall quality of life. The use of pesticides has devastated farmers across India which has led to the loss of crops, debt, illness and even death. In 2000, villagers from the village of Punukula, Andrha Pradesh, launched a grassroots movement against the use of pesticides, focusing on non-pesticide management techniques that employ natural alternatives like chili pepper and planting trap crops like castor.

Within a year of the start of the movement, farmers saw pesticide-related health issues vanish, expenses drop, and profits increase. In addition, new jobs were created as a result of the need to create repellents from natural products. Villagers reported that the movement improved their quality of life — improving their financial situations, their health and their overall happiness. More villagers began to reject the use of pesticides, and the village declared itself as pesticide-free in 2004.

A similar natural farming movement is Zero Budget Natural Farming, which began as a grassroots effort led by people in the state of Karnataka. Zero Budget entails that farmers do not spend money on inputs for their crops and that they would rather use resources from nature to grow and tend to their crops instead of chemicals, thus Zero Budget Natural Farming. Using natural products instead of taking out loans to spend on chemicals allows for farmers to save money, which improves their financial stability and allows them to focus more on tending to their crops.

A key aspect of Zero Budget Natural Farming is the use of the fermented microbial culture Jeevamrutha (a mixture of water, cow urine, cow dung, flour, soil, and brown sugar) on soil. Jeevanmrutha acts as a catalyst in promoting earthworm and microorganism activity within the soil, while also providing the soil with additional nutrients. Using natural products instead of taking out loans to spend on chemicals allows for farmers to save money, providing them with more financial stability and thus improving their quality of life.

The people of India suffer enormously from hunger and food insecurity. India’s weak and inefficient agricultural and food storage and distribution systems, coupled with devastating years of low rain often leads Indian farmers into bad health, hunger, and poverty. However, farmers in India have started a movement towards a more efficient, sustainable, and eco-friendly farming techniques that fight against poverty and hunger. Using these sustainable techniques means that farmers have fewer costs upfront, ensuring that they are able to make higher profits and worry less about having to take loans or to pay off debts. Sustainable farming in India reduces poverty, fights hunger, and changes lives.