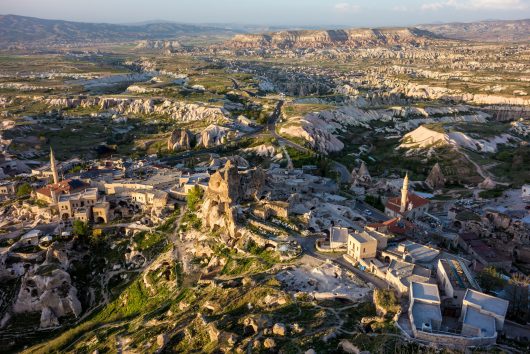 Between Europe and the Asian continent is the Republic of Turkey, therefore, it is considered an intercontinental country. Two seas surround the territory: the Black Sea in the north and the Mediterranean Sea in the south. Climate varies depending on the part of the territory. Cities near the coast have a Mediterranean climate that is warm, humid and ideal for agricultural purposes. Turkey’s economy grew based on agricultural sector activity. Now, such a sector is not the primary economic source for the country anymore and the need for sustainable agriculture in Turkey arises.

Barriers to Sustainable Agriculture in Turkey

Up to 20 percent of the Turkish population still works cultivating the land. Nowadays, up to 50 percent of the land is used for agricultural purposes. Regardless, the government has yet to take a step forward towards sustainable agriculture in Turkey.

Pesticides, fertilizers and soil erosion of the arable land, are the three main issues within the agricultural sector. Extreme drought is a fourth, but lesser issue in the Eurasian country. “Anatolian plateau” is the name given to the central part of the Turkish region that suffers most droughts due to its geographical positioning.

The interior part of the territory suffers from a dryer climate. Such conditions can have a significantly prejudicial impact on the arable land and rural economy in its entirety. This is taking a toll by making it a challenge to keep sustainable agriculture as an ongoing achievable goal.

These augment the pollution levels in the water, the emission of greenhouse gases, and the loss of organic matter within the soil.

Even though multiple issues have emerged, sustainable agriculture in Turkey has increased over the past two years. The use of mineral fertilizers and pesticides has gone up, thus helping sustainability within the rural economic sector.

Sustainable Agriculture in Tuvalu Infrastructure in Malawi
Scroll to top