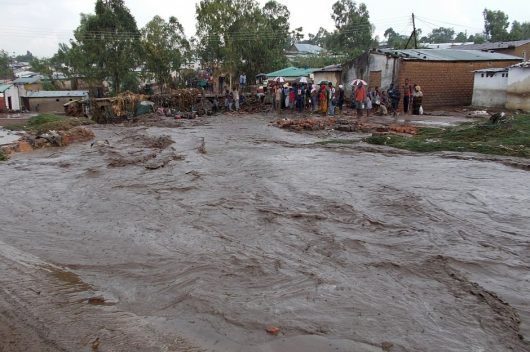 Malawians have faced many obstacles to the growth and development of their country. Malawi has struggled with successful infrastructure development due to economic and natural disasters and currently has plans in effect to reduce poverty and increase urbanization for its people. Because of its rapid population growth, urbanization and infrastructure in Malawi are crucial for the nation’s survival and success.

Malawi’s poverty rate has barely changed from 2010 to 2016, falling from 70.9 percent to 69.6 percent. In 2014, Malawi faced an economic scandal known as “cashgate” in which government officials were laundering millions from government reserves. The cashgate scandal caused many donors to withdraw their funding, which resulted in more detriment to the nation because 40 percent of Malawi’s wealth comes from independent donors. While it was very publicized, it was not the first time donors withdrew from the Malawian government due to the corruption within it. This kind of scandal has affected Malawians, as well as infrastructure in Malawi.

Infrastructure in Malawi faced a large-scale flood in January 2016 which severely impacted the country’s development. The widespread flood wiped out several villages and much of the country’s agriculture. This has left Malawi in the largest food crisis in a decade. With a significant amount of damage to the country’s people and agriculture (part of country’s economic gains), the economy in Malawi has struggled to prioritize infrastructure development. Many solutions included providing short-term shelter for Malawians who had suffered from the disaster.

While efforts to reboot the economy and its agricultural efforts continue, Malawi cannot keep up with its steady population growth. Due to the increasing population, farms are shrinking and limiting economic productivity. As agricultural jobs decrease, infrastructure in Malawi leans toward the creation of non-agricultural jobs in education, finance, and energy. Malawi currently uses hydro-power, and due to climate change and sporadic rain, the country often experiences water shortages and blackouts. Creating more infrastructure, especially providing additional resources for electricity, will benefit Malawi and increase the economy. The plans to develop in the non-agricultural sector will speed up the urbanization process for Malawians.

The creation of jobs encourages the creation of infrastructure and vice versa. To combat the nation’s poverty, The Malawi Growth and Development Strategy (MGDS) was created in 2006. The goal of the MGDS is to encourage continued economic growth and infrastructure in Malawi. The MGDS is meant to create long-term jobs for Malawians in mining, trade, and tourism and culture. Another goal is to encourage the use of the environment and natural resources. Utilization of Malawi’s culture and wildlife will increase tourism to create more economic growth. Creating jobs within Malawi’s government, such as in the health and safety sectors, will also provide more growth for the nation’s economy and help the people of Malawi to overcome poverty. In addition to practical job creation and tourism growth, the MGDS will consist of urban improvements such as in airports, more media/telecommunications sources, and housing developments.

While the recent history of Malawi has not been hopeful, the country’s prospects predict a brighter tomorrow for Malawians.