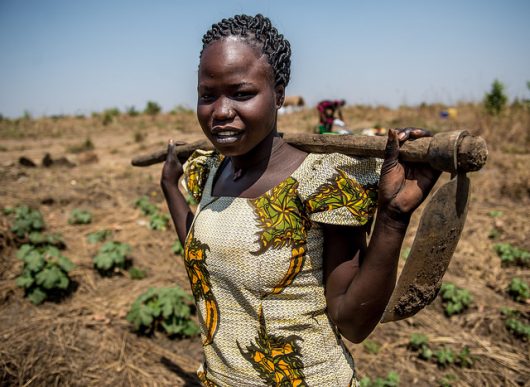 Located in Northeast Africa, the country of Sudan has a brutal history. Political corruption dominated much of the country’s past and resulted in the displacement, and even deaths, of millions of Sudanese. Conflict between the north and the south of the nation ultimately led to the South Sudan secession and the formation of two separate nations.

While South Sudan experienced much stability since becoming its own nation, the north of Sudan experiences continual internal conflict as well as separation from the rest of the world. Approximately 3.5 million people face chronic hunger and food insecurity, yet the Sudanese government and the armed opposition prevent humanitarian organizations from providing support to individuals in need. Due to the fact that food insecurity is an epidemic, improving sustainable agriculture in Sudan is of the utmost importance.

Launched in 2007, the Sudan Productive Capacity Recovery Programme-Capacity Building (SPCRP-CB/Sudan) was a six-year partnership project between the government of Sudan, the Food and Agriculture Organization of the United Nations (FAO) and the European Union (EU). The purpose of the program was to build a strong and sustainable agricultural sector so as to provide a systemic improvement to food insecurity in Sudan. This mission was achieved through strengthening rural communities by training farmers on sustainable agricultural practices.

Millions of dollars were poured into the program to establish more than 100 Farmer Field Schools. These schools work to empower rural communities by helping farmers increase their production and bring products to market. The school is a setting in which stronger communities can be built, as well as a place where farmers can strengthen their skills and share knowledge.

The program has reached more than 2,500 farmers, in turn improving the livelihood of thousands of other Sudanese; however, the program ended in 2013, and food insecurity is still present throughout the country. This occurrence highlights the need for the continuation of current efforts towards achieving sustainable agriculture in Sudan.

This plan of action includes several strategic projects that would help to improve Sudan’s agricultural sector through sustainable agriculture practices, and improved policy and institutional programming for food security; however, many of these plans are solely contingent upon funding. The FAO is dependent upon the United Nations, highlighting the importance of international support for sustainable agriculture in Sudan.

While Sudan has experienced substantial improvements to sustainable agriculture, the country is still in deep need. According to the 2015 Human Development Index, Sudan ranks 167 out of 188 — a ranking that clearly demonstrates the prevalence of food insecurity and poverty within the nation. Through the continued support by the U.N. and other countries (including the United States), sustainable agriculture in Sudan can be achieved. In turn, millions may no longer face food insecurity and be lifted out of poverty.