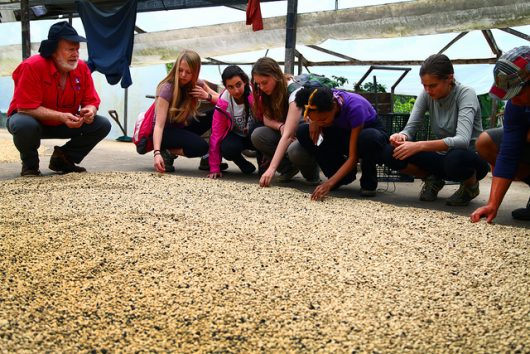 Costa Rica has become a developed country success story, according to the World Bank, with steady economic expansion and smart government spending over the last 25 years. Costa Rica is now a global leader for accomplishments and policies involving the environment, building a Green Trademark and pioneering the Payments for Environmental Services Program (PES), which promotes forest and biodiversity conservation, as well as working to improve sustainability in its agriculture.

Sustainable agriculture in Costa Rica is vital to this country’s success as it depends on agriculture for about 6.5 percent of its gross domestic product and 14 percent of its labor force relies on it for work. In 2012, Costa Rica’s agricultural system was threatened by farming practices that overexploit natural resources in order to maximize short-term profit.

Since the mass-produced cash crops of Costa Rica are popular exports such as coffee, bananas and pineapple, all of which required a extensive amount of chemical pesticides and fertilizers, Costa Rica’s agricultural situation created problems. The consequences of poor farming practices include depletion of soil, contamination of freshwater, deforestation and dangerous conditions for workers. Addressing this crisis led the country to put sustainable agriculture in Costa Rica at the forefront of change.

Organic farming has now become increasingly popular. Organic agriculture relies on specific technology like crop rotation, natural fertilizers and biological pest control. This is safer for the environment and the workers, solving both problems at the same time.

In November of 2017, new public-private alliances were formed in Costa Rica to open access to international markets with a focus on biodiversity and strengthening rural economies. These alliances included a Green Growth Program signed by the Costa Rica USA Foundation for Cooperation (CRUSA). The CRUSA five-year strategy will promote sustainable models for economic development that will “improve the quality of life of Costa Ricans while reducing environmental risks as a way to face the effects of climate change in our country.”

With the Green Growth Platform, the focus will be on converting 200 small and medium enterprises (SMEs) into green businesses, exporting food products, including organics and superfoods, to markets including North America, Europe, Central America and the Caribbean.

Although classified as a developed country, Costa Rica is far from perfect, with poverty rates neither declining or rising. But with sustainable and environmentally friendly agriculture on the rise, Costa Rica is marching toward its place as a great and prosperous nation.