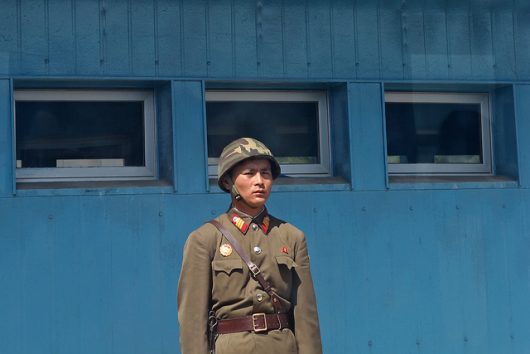 North Korea’s government is one of the most restrictive in the world. Unpaid labor is forced upon North Korean civilians, independent press and media are banned and the borders are guarded and monitored closely by both North Korean and Chinese guards. Human Rights Watch reports that North Korea contains prison camps holding hundreds of thousands of North Korean citizens of all ages. Conditions there include torture, sexual abuse and, for those accused of serious crimes, public execution. Discussed below are organizations that support North Korean refugees.

This organization partners with political leaders to support North Korean victims of human rights violations. It also hosts the annual North Korean Freedom Week, which raises awareness of the North Korean atrocities and gains support for the freedom of North Korean prisoners being unjustly held. This is a collaboration of several public and private members, including several different independent charities.

This is a non-denominational Christian organization that provides food and basic necessities to North Koreans based on the level of support each requires. HHK also assists with the transport of refugees through Asia to safety. Although the spread of Christianity is not the primary goal of HHK, the organization provides each refugee a Bible and a message of hope.

The level of human rights violations in North Korea has not received the amount of attention it deserves, and further education is necessary to address these issues in a rational and effective way. North Korea continues to develop its weapon systems and actively test nuclear weapons and missiles, in violation of U.N. agreements. The U.S. has hinted that it is willing to use force in dealing with North Korea, but a war would cause an astronomical number of casualties, especially in South Korea. While China has increased its pressure on North Korea to denuclearize, it must take a stronger role in abolishing the inhumane treatment of North Korean citizens and support North Korean refugees.

The Business of Impact Sourcing, or Socially Responsible OutsourcingUnderstanding the Details of Human Trafficking
Scroll to top