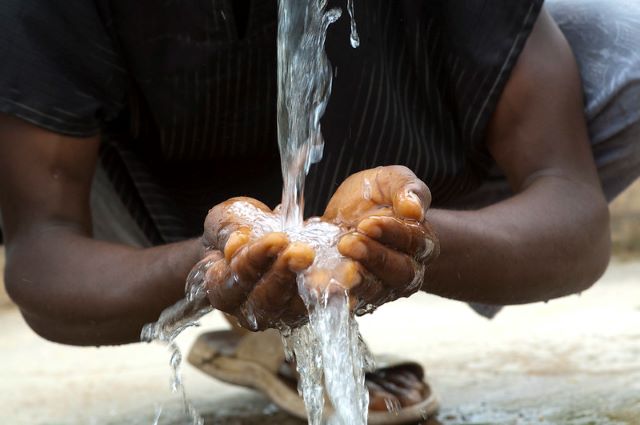 According to the World Health Organization (WHO), 2.1 billion people around the world lack access to clean sources of drinking water. This figure is often quite surprising to many because it is difficult to comprehend how water can be so scarce when it is seemingly so bountiful. However, in truth, only 3% of Earth’s water is freshwater. Additionally, with current trends of rising temperatures and increasing worldwide consumption of freshwater, by 2025, two-thirds of the world’s population could face water scarcities. For this reason, researchers in Australia have developed a sunlight-powered desalination process to quickly convert tainted water into a safe, drinkable form.

The Process of Sunlight-Powered Desalination

In August 2020, a team of Chinese and Australian researchers based at Monash University in Australia announced via the science journal, Nature Sustainability, that they had developed a new sunlight-powered desalination process. The method uses their self-developed metal-organic framework (MOF), an extremely porous metal, called PSP-MIL-53. Once exposed to sufficient sunlight, this MOF is “activated” and absorbs particles like salt and bacteria from brackish water to create water that can be consumed by humans.

This sunlight-powered desalination process, according to the scientists participating in the study, produces water cleaner than WHO standards. WHO sets the standard for drinking water at having less than 600 parts per million (ppm) of dissolved solids. Meanwhile, this new method was able to reduce the number of dissolved solids from 2,233ppm to 500ppm of dissolved solids.

Along with creating water cleaner than WHO standards, the new sunlight-powered desalination process can desalinate brackish water in less than 30 minutes. This approach is more efficient than other methods of desalination with it generating nearly 37 gallons of potable water per day from only one kilogram of PSP-MIL-53.

Benefits for the Impoverished

By using sunlight for activation energy, the newly developed method does not require heat or electricity to jumpstart the active desalination. While other technologies that use processes like reverse osmosis require sophisticated energy infrastructure and dangerous chemicals to operate, the Australian-developed procedure does not. This will allow poor, rural areas in developing nations, places where water is increasingly becoming most scarce, to use this sunlight-powered desalination process to obtain drinkable water without needing to create a robust power grid nearby. Lack of chemicals and reliance solely on sunlight also makes this type of desalination energy-efficient and environmentally-friendly, minimalizing damage to surrounding ecosystems.

With the potential to quickly and efficiently provide millions with safe, drinkable water, Monash University researchers are continuing to perfect the technology. According to lead scientists on the project, the sunlight-powered desalination process can be cheaply distributed to areas in dire need overcoming the cost barrier of desalination plants that have previously prevented developing countries from purchasing desalination technology. Professor Huanting Wang, one of the lead scientists, also stated that the byproducts of the desalination process, those being the minerals and other materials extracted from the water, could function as a secondary benefit of the technique by providing an environmentally-friendly source of raw materials that could help boost the economies of poor regions.

Much is still to be done by researchers at Monash University before PSP-MIL-53 is ready for widespread distribution. Despite this, it is clear that this new discovery provides hope for impoverished communities who face threats of drought or unclean water. The cost and energy requirements have always been an entry barrier to gaining access to potentially life-saving desalination plants. These scientists are gunning to change the world by providing the poor with access to clean, drinkable water.