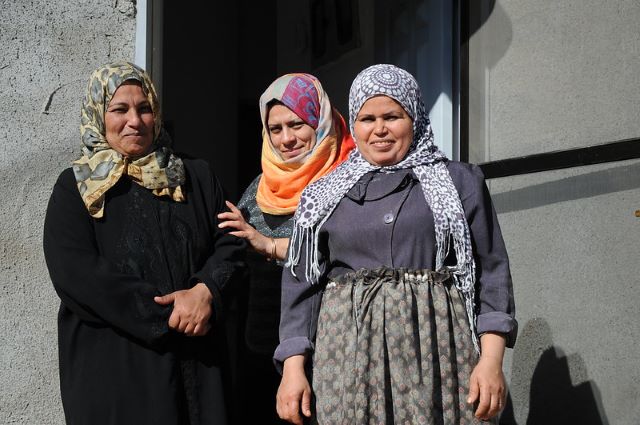 For the 1.9 million Palestinians who live in the Gaza strip, electricity is a privilege. Due to a lack of available energy, people experience regular blackouts that disrupt their daily lives. These blackouts keep residents from fully enjoying the benefits of electricity, such as regular internet access and lighting. Fortunately, local engineer and entrepreneur, Majd Mashhawari is bringing cheap electricity to families through her new invention, SunBox. Mashhawari’s SunBox solar kits provide clean solar power to households, providing off-the-grid energy and internet access.

One diesel power plant produces almost all electricity for Gaza but it is not able to produce enough electricity to power the region at all times. Because of restrictions on exports and imports in Gaza, the plant only has access to a restricted amount of imported fuel. As a result, it has been forced to implement a system of rolling blackouts. According to SunBox founder, Mashhawari, hospitals in Gaza receive 10 hours of electricity a day, which the hospitals can afford to supplement with private generators. Everyone else lives on three to five hours of electricity a day unless they can pay for a generator.

If people in Gaza had reliable access to electricity, they would be able to cook, refrigerate food, run businesses effectively, access the internet and study after dark. The first two activities boost health, while the latter three increase earnings and success. Access to electricity has a strong impact on reducing poverty.

SunBox solar kits could be the key to ending Gaza’s electricity crisis. SunBox has provided solar energy for 300 families since the company’s launch two years ago. Its solar kits have produced 600,000 watts of energy so far. As a small business, it employs 35 people, helping to combat Gaza’s high unemployment rates.

SunBox solar kits consist of one or two solar panels, a battery and a solar device. The panels are attached to the roof of a building and the solar device provides internet access and a plug-in for electrical devices. These kits provide 1,000 kilowatts of solar energy to consumers in a region where most days are sunny. The battery typically takes only three hours to recharge fully.

Business-wise, SunBox has profited from its “sharing is caring model.” People who cannot afford to pay for the $350 kits can buy the kit with other families, sharing the costs and the electricity. SunBox has also installed kits at desalination plants, helping to power the creation of clean water.

SunBox is the brainchild of Mashhawari, who understands the need for better electricity in Gaza because she grew up there. The territory began conducting electrical blackouts when she was 12. Mashhawari went on to attend the Islamic University of Gaza, where she majored in civil engineering. She has put her degree to good use, developing two products so far that help tackle Gaza’s unique infrastructure needs. These products are GreenCake and SunBox.

Mashhawari’s first product, GreenCake, was a building block made from ash and rubble. The Israel-Hamas war in 2014 had damaged many buildings in Gaza and rebuilding was difficult because of limits on cement imports. Mashhawari saw the need for cheap building materials that could be made from domestically available substances. Her team conducted experiments, eventually designing a cheap, durable building block made from ash and rubble, two elements that were abundant in Gaza. After her success in launching GreenCake in 2016, Mashhawari went on to create SunBox in 2018.

Mashhawari’s work has come to wider attention because of a TED Talk she gave in 2019 about her inventions. During her TED Talk, Mashhawari touted the success of her products and the need to find creative solutions to difficult problems. She also recalled that when she attended university, her school’s civil engineering program had a female-to-male ratio of one to six. Mashhawari stressed her devotion to supporting other female scientists, proudly describing how SunBox was hiring and training both female and male engineers.

Mashhawari’s products show the inventiveness of local entrepreneurs and their ability to create solutions that are tailored to their region. She developed her products to address the specific needs of her fellow people, granting them a better way of life. Her designs are cheap and environmentally friendly and because of her dedication to hiring female engineers, her company supports female education and economic empowerment. In the fight against global poverty, it is encouraging to be reminded that there are locally developed, environmentally friendly and cost-effective solutions.