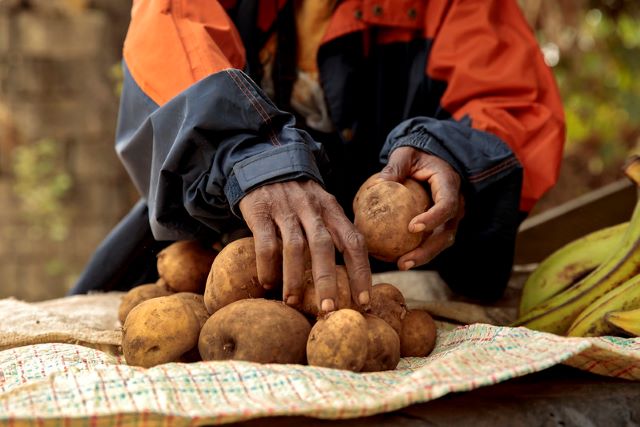 In the next 30 years, the world population will grow by two billion: approximately 25% of the current population. Food demand will increase significantly during this time and international organizations are prioritizing the development of strategies to address this concern. Framing the future of food systems, which encompass producing, processing, transporting and consuming food, is key to continued efforts in reducing poverty and extreme hunger.

Global population growth does not imply an equal or even proportional increase in every region of the world. The population of sub-Saharan Africa, for example, is estimated to double by 2050, from approximately one to two billion. This number accounts for half of the global population growth expected. Such substantial growth in a population already experiencing food insecurity, if not coupled with sustainable food system developments, will exacerbate the issue and make advancement more difficult.

Increasing demand for food is not the only threat to the future of food systems around the world. The cultivability of land is changing with the climate, requiring workers in the agriculture sector to adjust crop selection and techniques. Instability in the industry detracts from the appeal of such an occupation and further strains the food supply.

Many producers of food are among the hardest hit by the effects of food insecurity. In India, 41% of the workforce falls under agriculture, yet the country is home to the largest number of people experiencing hunger in a single nation — approximately 189 million. With the food supply responsibility falling on some of the most at-risk populations, food systems are even more vulnerable when confronted with adversity.

The COVID-19 pandemic is an example of adversity faced by food systems. Limits put in place to prevent further spread of the virus weaken the agriculture sector of the workforce and economy. This stress on food systems extends to the global economy, education, peace efforts and human rights, among others.

The Decade of Action

Just 10 years remain to meet the United Nations’ 17 Sustainable Development Goals (SDGs) by 2030. The second SDG necessitates improvements in food security, nutrition and agriculture across the globe, marking the next 10 years as the Decade of Action. The 2021 U.N. Food Systems Summit (UNFSS) has been planned to foster discussions of global challenges, priorities, opportunities and solutions in the food system sector, hopefully resulting in unified and inclusive efforts toward achieving the SDGs. In a lead up to the 2021 UNFSS, 13 organizations collaborated to host the two-day Bold Actions for Food as a Force for Good event in November 2020.

Along with the need to shift toward more sustainable consumption, gender-equity in food systems, agricultural innovations and financing for solutions, the Bold Actions for Food as a Force for Good event emphasized the importance of novel approaches to reducing extreme hunger with the Food Systems Innovation Challenge. In this challenge, teams of students from 20 universities proposed innovative ideas to transform the future of food systems. Solutions proposed by these teams include online systems connecting producers and consumers to keep all facets of the food market current on need and capacity. Apps and food labels to provide guidance on reducing food waste and making more sustainable dietary choices as well as food packaging that minimizes waste and carbon footprints formed part of these solutions.

Projections for global population growth alongside new challenges stemming from climate change and COVID-19, make food security a top concern. By promoting the now-underway Decade of Action, the U.N. is leading unified efforts to establish sustainable and equitable food systems worldwide. Progress will depend on effective mobilization, collaboration and innovation— the backbones of development toward more stable food systems.