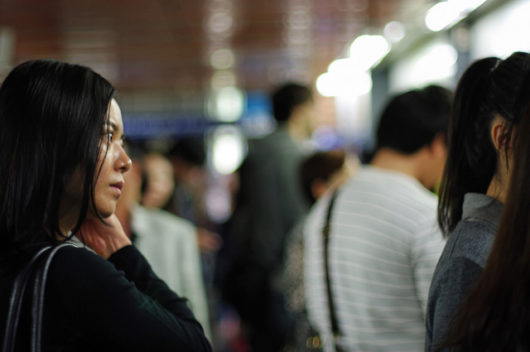 In South Korea, there is no such thing as a mental health problem. The national attitude concerning mental illness is not looked at as something that could and should be openly discussed. South Korea has always been advanced in its work ethic and technology breakthroughs. South Koreans are known to put in very long hours at the office as well as being very competitive, not to mention the amount of pressure put on students to do well in school.

However, the whole situation in the country, including educational and working pressure, has influenced the people and mental health in South Korea. According to the OECD data, South Korea has the second largest suicide rate in the world. According to government statistics, one in four South Koreans struggles with a mental health disorder at least once throughout their life. Sadly, the statistics also show that only one in 10 people will go seek some kind of professional help.

South Korean values traditionally center around Buddhism. These values accentuate modesty and family in the first place. Personal concerns are not the top priority to the family unit. “Talking openly about emotional problems is still taboo,” said Dr. Kim Hyong-soo, a psychologist and professor at Chosun University in Kwangju. South Koreans are stressed, depressed and are avoiding therapy at alarming rates. The South Korean thought process dates back to the old days where it was expected from a person to just grin and bear with the problems. This approach is active even today as South Koreans fear they will be stigmatized if they ask for help. Dr. Kim believes that eighty to 90 percent of the suicides in South Korea happens due to depression.

Bringing Awareness to the Problem

The South Korean government introduced the National Youth Healing Center under the Ministry of Gender Equality and Family in 2012. The program finds willing participants who suffer from mental health issues and have them participate in four-month treatment programs. The South Korean government also announced that $48.2 billion will be allocated for suicide prevention and mental health. This number is an increase of 7.7 percent from earlier years.

The Youth Health Programme works with the Korean Association for Suicide Protection. This particular nongovernmental organization encourages the education of “gatekeepers”, people who are meant to help identify citizens at-risk within their community. The Youth Health Programme helps to encourage safe talk that is also a training program that includes four stages: talk, ask, listen and keep safe. This program was aimed at younger people who could hopefully use these techniques to speak with their friends openly if they see that they are struggling.

Today, more and more South Koreans are realizing they need to figure out a way to deter stress from their life. As a result, South Korea holds the highest rates of cancer survivals while also having the ninth lowest obesity rate in the world. Yet, South Koreans are still stressing themselves to death. Thankfully, the South Korean government is understanding the need to educate its citizens in personal self-care. The government target is to reduce the suicide rate in the next five years from the current 26.5 per 100,000 people to 17, which is the current suicide rate in Japan. Success can only start when the stigma of mental health in South Korea and stress is recognized. Only then, the country and its people can move forward in full capacity.