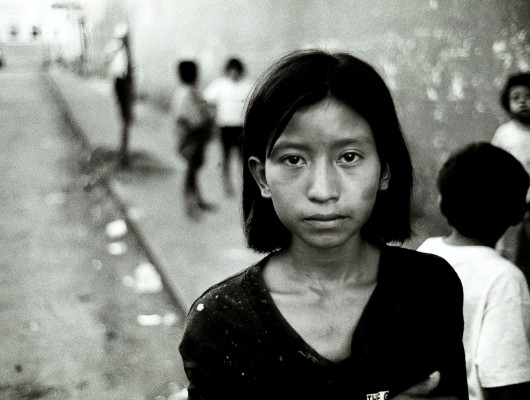 It is estimated that there are between 1,500 and 5,000 street children in Guatemala City, Guatemala. Approximately 65 percent of these children are between the ages of 10 and 17 — and around 30 percent are girls.

Street children are those for whom the street has become their real home — a situation in which there is no protection, supervision or direction from responsible adults. Consequently, most of these children live and sleep on the street, with some taking refuge in parks or under stairs.

Children living on the streets migrate from rural areas of Guatemala or from Honduras or El Salvador. This migration is caused by the extreme poverty in Guatemala, which is both widespread and severe. According to the World Bank, “approximately 75 percent of the population is estimated to live below the poverty line, which is defined as an income that is insufficient to purchase a basic basket of goods and services.”

The main sources of income for these children are usually activities such as robbery, begging and prostitution. Specialist Irving Epstein indicated that “many children inhale the fumes of shoe glue or paint thinner, often their only avenue to escape hunger, pain and hopelessness.”

Due to the lack of access to any educational institution, these children are more likely to choose violent pathways and tend to join street gangs. In 2005, approximately 10,000 Guatemalan children were members of street gangs.

Unfortunately, joining these street gangs comes at a price. According to Epstein, “violence between street gangs is common and is often used as an excuse by the national police and private security guards to harass and beat street children.”

Additionally, condom use is irregular and the pregnancy rate among the girls is high. This is unfortunate for many reasons, but largely because these girls hardly have what they need to take care of themselves and do not have the capacity to raise a child.

The social panorama in which street children find themselves living reflects the widespread poverty and severe inequality existing in Guatemala. Yet the plight of street children is hardly uncommon amongst developing countries.

However, several governmental and nongovernmental organizations have become active in Guatemala City since 2003. With his wife, former president Alvaro Arzu opened a center that provides both traditional humanitarian aid, such as food, shelter and clothing, and long-term sustainable aid, such as health services and education, to the homeless.

Casa Alianza is another agency working in Guatemala City that has provided several services for street children. It promotes residential and outreach programs, legal aid, drug rehabilitation and other vital services.

Children living in the streets of Guatemala are the most vulnerable to major social issues. Nonetheless, these initiatives are fighting to ensure a better life for these children, and hopefully in the coming years, Guatemala may see fewer children living alone and in destitution.