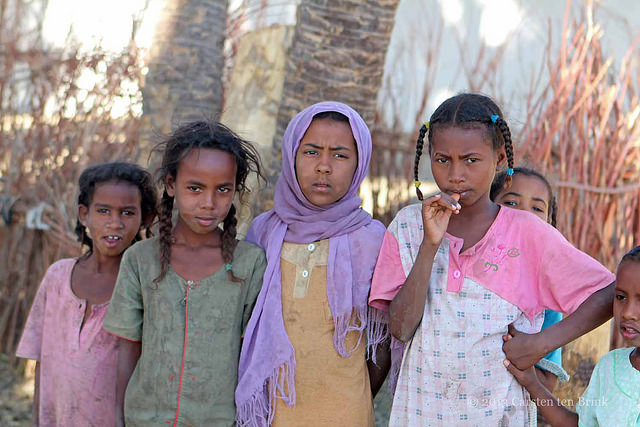 According to the United Nations High Commissioner for Refugees (UNHCR), the internationally recognized legal definition of a stateless person is “a person who is not considered a national by any State under the operation of its law.” A person or a group of people with the status of “stateless” usually means they are not allowed to get an education at school, see a doctor, get a job or have access to other basic human rights within a nation.

Some people are born stateless; other groups become stateless if their government does not establish them as nationals that have representation under state law.

Here is a list of five currently stateless groups in the world:

The Rohingya are a group of Muslims of South Asian descent that populate western Myanmar and Bangladesh. Myanmar’s government pushed many Rohingya out of Myanmar, which is how they ended up in Bangladesh and other nearby regions. Myanmar, dominantly Buddhist, doesn’t want to accept this ethnic group into their nation. As a result, many Rohingya suffer from intense discrimination, hatred and unkind deaths. With nowhere and no one to support them, the Rohingya are completely dependent on foreign aid.

While the exact origin of Roma is unknown, it is certain that this group of people arrived in Europe prior to the ninth century. Historically, many Roma were forced into slavery and sentenced to death throughout the medieval era for being “heathens.” They, alongside the Jews, were persecuted and forced into labor camps during World War II. Today, millions of Roma live in isolated slums without running water or electricity. There is a great health disparity among the population, but governments have kept them at the brink of death without offering help.

The Nubians, originally from Sudan, were brought to Kenya over 150 years ago when the British government asked them to fight in the colonial army; since then, they haven’t been able to return home. Today, Kenya will not grant Nubians basic citizenship rights so this group lives in one of the largest slums on Earth despite trying to receive title rights to land and seeking solutions to their disparity.

In the state of Kuwait, the Bidoon is one of the stateless groups attempting to break free from the status of “illegal residents.” The Bidoon are descendants of the Bedouin people, a desert-dwelling Arabian ethnic group. They have tried and failed dozens of times to gain official recognition in Kuwait; instead of citizenship, they are told to seek residency elsewhere.

The Yao is one of many Thailand hill tribes that don’t have a Thai citizenship. This means they can’t vote, buy land or seek legal employment. The Thai government has previously granted temporary citizenship to a select few, but this is after they go through a strenuous process to prove they should be granted a pass.

These five stateless groups — Rohingya, Roma, Nubians, Bidoon and Yao — are just a select few from an extensive list. In total, there are more than 10 million people that are denied a nationality; however, the UNHCR made an announcement that they hope to end statelessness by 2024. On their website, viewers can sign the #IBelong campaign in order to show support. If successful, this will not only grant millions of men, women and children a nationality, but it will also grant increased access to clean food and water, healthcare, jobs, education and so much more.