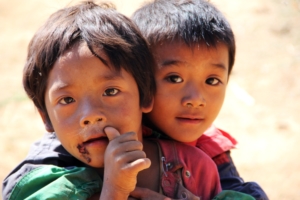 Myanmar, previously known as Burma, is located in Southeast Asia, neighboring countries such as Thailand and Laos. Unfortunately, poverty in Myanmar has risen in recent years. As of 2017, roughly 25% of adults live in poverty. Additionally, The United Nations Children’s Fund (UNICEF) reports that more than 50% of children are impoverished. Due to the rising poverty rate, many adults are unable to support children. They must give them up for adoption or abandon them, creating a large influx of orphans needing shelter. The Myanmar Times reports that in 2018, there were 280 orphanages in Myanmar, many of which had to be newly established, and an estimated 36,000 orphans. That number continues to grow.

Inspiration for Standing With Orphans

Thomas Whitley of Mooresville, Indiana created The Standing With Orphans Foundation in 2012. Whitley explains that his inspiration for starting the project began when he adopted his daughter from China in 2007. He told The Borgen Project that this was his “first insight into orphanages.” Later, a friend of Whitley’s took him to his village in Myanmar to see the orphanages’ conditions there as well. Afterward, his commitment to founding Standing With Orphans was further solidified, and several years later, it came to fruition.

How Standing With Orphans Operates

Food in Myanmar is scarce and often expensive due to natural disasters and trouble with the current economy. Therefore, Standing With Orphans’ main goal is to bring bags of rice and livestock, such as chickens and pigs, to the orphanages. Whitely explained to The Borgen Project that he acquires funds through The Morgan County Community Foundation via the Standing With Orphans website. He withdraws from their allocated funds three times a year and sends it to the orphanages.

The money the organization supplies will typically buy 1,500 to 2,000 pounds of rice. The rice provided through Standing With Orphans allows orphanages in Myanmar to keep the children and workers well-fed. Along with supplying rice, in the past 2 years, Whitely has sent extra funds for buying chickens and pigs. Not only does this livestock give the orphanages a wider variety of food, but Whitley also pointed out that some orphanages have been breeding their pigs and selling them and their piglets as a source of income.

Whitley has also helped to fund solar power equipment installation, pay for school fees, and build two orphanages. While he is more than happy to contribute to various other projects such as these, he reiterated that “feeding the kids will always be the goal.” With around 50% of children living in rural, poor areas of Myanmar dying due to malnutrition in 2017, supplying food is rightly the top-priority for the foundation.

Progress and Plans for the Future

When Whitley first started working in Myanmar, he worked with only 1 orphanage. Today, he helps bring food and livestock to 14 orphanages. Whitely continues to donate and is hopeful to take another trip back to Myanmar this fall to personally deliver rice and livestock to the orphanages. While he is there, he also wants to do what he can to help with any projects they might have. Through his dedication and the donations from Standing With Orphans, Thomas Whitley and his family have greatly helped children in need. The orphanages in Myanmar that he supports were in poor condition, but now they can properly care for hundreds of children.