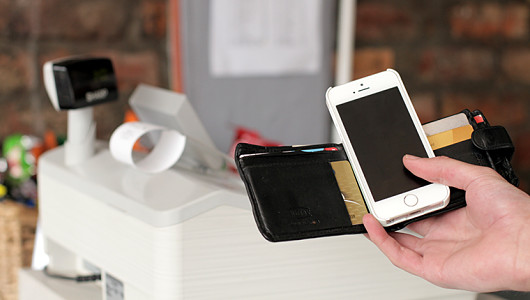 The matter of mobile money becoming popular in South Africa was not a question of if, but when. This claim is supported by South African payment experts who believe that the current local market factors support mobile wallet adoption.

Some believe that mobile money does not have a place in the developing world. Countries that have a smoothly running banking system like card payments and ATMs. There is no room for the digital use of money.

Consumers have become comfortable making payments online as well as on mobile devices. This fact supports the mobile wallet service as a viable option for many individuals.

The First National Bank’s mobile wallet is an example of how banks are looking to have access to low-cost channels to serve under- and un-banked customers. In South Africa, a key focus is on the seven million people who earn salaries but do not have their own bank accounts.

“The World Bank 2014 Global Financial Development Report estimates that about 2.5 billion people in the world do not have access to banking services.” Mobile money could change this.

But it does not stop with mobile money: other services are likely to be incorporated within the banking infrastructure. In China, a mobile banking service lets brands reach consumers via mobile banner ads.

“A diversified offering will unlock value in a South African market that is socially savvy and has an appetite for integrated services,” says Mustapha Zaoiunu, the CEO of PayU, a mobile banking company. “It is an inevitable progression for large third-party players like Apple or PayPal to offer a suite of services through their wallets.”

Some of the integrated services could include price comparisons, relevant product information, the ability to make reservations, split billing and digital tickets for movies or concerts.

The world is starting to notice the role mobile money pays, including its efficiency, speed, access, reach and revenues. Mobile money is becoming the new way to be part of the banking network.

Because smartphone usage has soared in the developing world, mobile money will surely become a popular banking option. With its easy access and acceptance, it is predicted to become favored with the unbanked and banked individuals of the developing world.