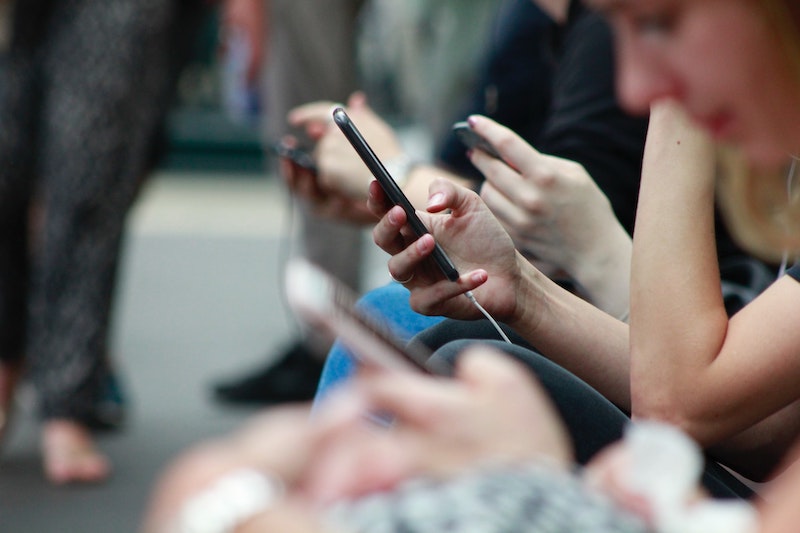 Nowadays, most people seek their news from various social media platforms (Twitter, Instagram, Facebook and TikTok). The rise of news media in the 1980s brought a new age where audiences access real-time global news constantly. One of these newer platforms is TikTok, the first major non-U. S. social media competitor, originating in China from the company ByteDance. Currently, TikTok’s platform highlights social media’s effects on foreign aid as global crises like the war in Ukraine unfold in real time from Ukrainian influencers who urge action. Digital platforms like TikTok can influence popular opinion on foreign policy. Social media’s effects on foreign aid and how a country allocates this aid stem from these platforms’ ability to determine what information and ideas are shared.

A closer look at how news content influences American opinions on foreign aid and relations comes from recent Pew Research Center surveys. These surveys found that compared to other countries, Americans view foreign policy very differently depending on where they receive their news. The survey found that those who received their political news from right-leaning media sources were less open to international cooperation than those who viewed their news from various news sources. Similarly, those that rely on left-leaning sources were more open to foreign intervention. These surveys demonstrate how important news and social media are to informing U.S. citizens about foreign affairs and policy and how they direct their audiences to act.

The term “CNN effect,” created in the 1980s around the new media boom, underlines communication technology’s ability to potentially spur responses from domestic audiences and political leaders regarding global events covered in real-time, according to Piers Robinson’s study.

One example of the CNN effect is the West’s intervention in Northern Iraq and Somalia, which sparked a debate about social media’s impact on foreign aid and policy. During this time, as citizens learned about news in Northern Iraq and Somalia, they increased pressure on politicians to respond to these crises. According to Robinson’s study, the debate sparked because citizens often worked with incomplete information without context or wrong information. Therefore, they influenced their public leaders and how they responded to the conflict too hastily. This demonstrates the importance of fighting misinformation on social media platforms, as the news people digest through social media directly impacts the pressure they put on their political leaders to respond to foreign issues.

The War in Ukraine: A Case Study

On Feb. 24, 2022, a TikTok video documented the beginning of the Ukraine war depicting missiles falling over Kyiv, providing early, decontextualized and direct access to images and videos of the Russian Invasion. Many have named the war in Ukraine “the first TikTok war,” although other conflicts, such as the Syrian civil war and the Arab Spring uprisings, have been covered by social media. However, the platforms used for organizing protests and broadcasting footage were mainly Facebook and Twitter.

Access to direct photos and footage of the war in Ukraine from Ukrainian accounts raises Western sympathies as foreign news floods media feeds. Ukrainians are much less distant than war victims in the past as people recognize the same references, music and social networks as those in Ukraine. Ukrainian photojournalism on social media creates a new intimacy, especially as traditional news organizations pull their journalists out of the war in Ukraine for safety reasons.

The current war in Ukraine is an example of social media’s effects on foreign aid and how foreign leaders, specifically the U.S., approach news regarding the war in Ukraine. In March 2022, the White House reached out to Ukrainian TikTokers to hold a briefing session regarding the war in Ukraine. Thirty influencers attended the Zoom call alongside the special adviser for communications at the White House National Security Council, Matt Miller and former White House press secretary Jen Psaki. They covered the United States’ goals to distribute aid and information about the United States’ reaction should a nuclear attack.

Since most of Generation Z receive their news via TikTok and use the platform to research news topics and learn about the larger world, the White House decided to hold the briefing to ensure the information on TikTok comes from an authoritative, reputable source. The guests, Gen-Z creators with 500,000+ followers, noted the importance of knowing the correct information regarding the war in Ukraine because they “set the tone” for information their audiences receive and how they assess it.

Human Rights at the Forefront

News and Social Media In Review

The War in Ukraine and the long list of other global crises covered by social media are examples of social media’s effects on foreign aid. The ability of global citizens to view intimate, real-time footage and news about the crisis in Ukraine elicits sympathy for foreign affairs. This direct access to human rights violations encourages media consumers to act and call their leaders to respond to foreign crises.