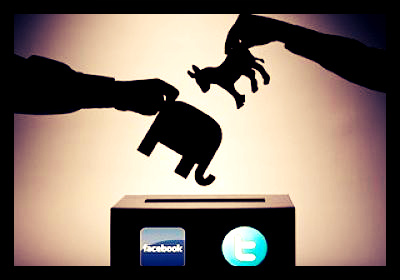 From a political standpoint, 2011 was a groundbreaking year that marked monumental transitions in political power on an international scale.

With the Arab Spring in the Middle East region, the authoritative regimes of Egypt, Libya, Tunisia and Yemen became toppled and replaced—the effects of which are still felt today. Currently, social unrest still persists on an international scale, while the causes are embedded primarily within the economy and international media.

Following the 2008 global recession, unemployment hit people hard across the world. As a result, people began to address some of the pressing social issues in politics and economics. And although much of the significant political shifts occurred in the Middle East, various nations in Europe had evidence of social unrest as well.

However, the global financial decline has already begun the process of slowing, which may seem to imply that political instability is on the decline as well.

On the contrary, there are still prevalent issues expected to become problems down the road. Youth unemployment is the greatest concern as, “in the EU, a record of 24.4% of people under 25 are unable to find work.”

This sort of unemployment is expected to continue as residual effects of global economic recession and has even resulted in disastrous cases such as Spain and Greece where youth unemployment for their “lost generation” is nearly 60%. In the same way that unemployment and financial decline were catalysts to Arab Spring movements, they may continue to do so in the future.

As a generation of the information era of technological innovation and various capabilities, the youth population has been instrumental in addressing prevalent social concerns. The internet in general has allowed for open networks of information that are widely accessible and transparency has been an influential byproduct.

Additionally, when social media capabilities are thrown into the equation, the potential for collective organizing is monumental.

During the Arab Spring alone, social media outlets such as Facebook and Twitter were bombarded with citizen journalism and ground level footage of political atrocities. Because the world has begun to lose its walls and become much less isolated, globalization has been on the rise.

So the world was able to watch the entire process of thousands of citizens in nations such as Egypt, Tunisia, Libya and Yemen rallying in protest to voice their grievances because of social media.