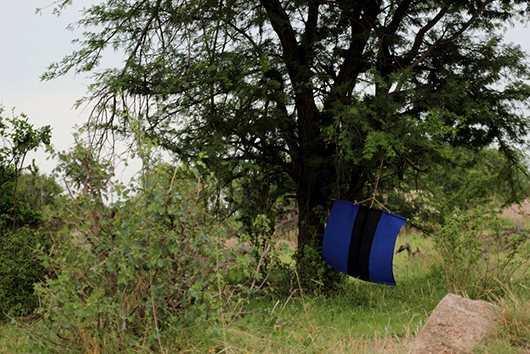 For rural Sub-Saharan Africans, a walk to the riverbank to wash clothes, gather firewood or collect water is a risky business. About 1 in 1,000 Tsetse flies, which swarm by the river’s edge, are carriers of a parasitic disease called sleeping sickness, which eventually infects the victim’s brains, driving them mad before killing them. In 2013, at least 7,000 cases of this rabies-like disease were reported.

Due to vague early symptoms such as headache, joint pain and bouts of fever, the disease is difficult to diagnose in the beginning. Although it is curable with drugs, patients are often experiencing its later stages before they realize they have been infected. True to its name, patients find it impossible to sleep during the night and impossible to remain awake during the daylight in its later stages.

Those living in rural areas may not make it to hospitals because of the far distance, but thankfully today, researchers have found that the number of individuals suffering from sleeping disease in the region of Uganda has been cut by 90 percent. The reason? Scientists have discovered a weakness for these insects with a lethal bite: the color blue. Because these flies search for something to bite which contrasts with green vegetation, bright colors, especially bright blue, drives them crazy.

With this newfound knowledge, along the riverbanks in the West Nile region in Uganda, handkerchief-sized blue squares attached to wooden stakes netted with insecticide are staked about every 50 yards. It only takes 3 minutes before these flies will drop dead. These life-saving fly traps are relatively cheap and have significantly contributed to a decrease in the number of people being affected by the disease. Last year, fewer than 10,000 cases were reported versus about 300,000 cases reported by the World Health Organization (WHO) during the height of its epidemic in the late 1990s.

WHO hopes to eliminate flies carrying the disease within five to six years. Ministry of Health worker Dr. Charles Wamboga has seen fewer cases and believes that a future free from this deadly disease is possible for a people whose very lifeline flows within their rivers.

Addressing Water Supply in Mexico Ready for the Next Global Epidemic?
Scroll to top