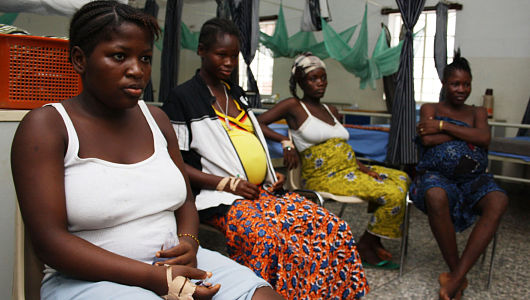 In 2010, Sierra Leone banned visibly pregnant girls from attending school. Schools were shut down for nine months during the Ebola outbreak, but reopened again on April 14, 2015, with the ban still in place.

The ban is in effect because visibly pregnant girls supposedly set a bad example for their classmates. Sierra Leone’s minister of education, Minkailu Bah, argued that “innocent girls” could be influenced by those who are pregnant and pregnancy rates could increase.

Bah’s statement is far from the truth. Having pregnant classmates would most likely cause a drop in pregnancy rates. NPR explains that teen pregnancies in the United States dropped almost 6 percent from watching the MTV show, 16 and Pregnant. Girls who see their classmates pregnant would be less likely to become pregnant themselves.

Sierra Leone is one of the most dangerous places for expectant mothers, with high rates of maternal and child mortality. One-third of pregnant women in Sierra Leone are teenagers. The teenage pregnancy rates and incidences of maternal and child mortality were decreasing before Ebola, but have increased once again. Incidences of sexual violence rose during the Ebola epidemic, and girls, especially those who had lost a relative to Ebola, traded sex for supplies to help them survive.

The ban on educating pregnant girls is also detrimental because many girls see pregnancy as a turning point and are encouraged to work even harder to get an education because they know that they will have to support themselves as well as their children. The fact that girls who are inspired to get an education are not allowed to access it is extremely worrisome. If Sierra Leone lifts its ban, it will give these girls an opportunity to support themselves.

The ban also fails to acknowledge girls who are pregnant as a result of rape. Seventeen-year-old Isatu Gbanky was a student in Sierra Leone but was not allowed to return to school after it reopened because she was pregnant. Isatu said, “I was raped by a fellow student. He forced me to have sex while I was fetching water for my family. I hope the government makes an exception for girls like me.”

Isatu’s story is unfortunately not unique, but the government has yet to lift the ban on pregnancy for either rape victims or those who became pregnant through consensual sex. However, there is hope that the ban will end soon. The UN Population Fund (UNFPA), Irish Aid and the Department for International Development are working with Sierra Leone, and may be able to come to an agreement over a temporary solution which would involve pregnant girls getting a formal education outside the classroom. Since teenage pregnancy rates in Sierra Leone are so high, if this agreement is reached, it will be extremely significant for education levels throughout the country.

Pregnant girls attending school does not cause higher pregnancy rates. If Sierra Leone wants to lower its rate of teenage pregnancies, it needs to focus on making school cheaper and more accessible, rather than banning pregnant girls who want to attend. Girls who know that they can gain an education and have a future are less likely to get pregnant and more likely to focus on their schooling.