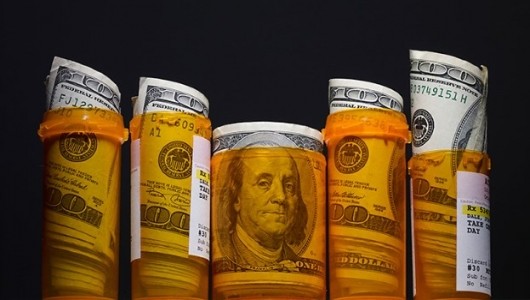 In June 2015, China rejected Gilead Sciences, Inc.’s patent application for a drug related to its controversial but highly curative hepatitis medication, Solvadi. China rejected the application for the sofosbuvir prodrug, although it had previously granted a patent to Gilead for the base compound in the drug, also identified by its generic name, sofosbuvir.

A prodrug is a precursor of a drug. It is inactive or partially inactive until it is metabolically converted within the body. The Initiative for Medicines, Access & Knowledge, a group of lawyers and scientists based in New York, opposed the patent application on the grounds that the drug is not a new invention; it is “old science” derived from a line of antiretroviral drugs. I-MAK and Natco Pharma Ltd. did the same in India when Gilead’s hepatitis C drug patent request was turned down in January. I-MAK also legally challenged Gilead’s patents or patent applications in Argentina, Brazil, Russia and Ukraine. Such challenges are hoped to enable the production of a much less expensive generic version of Solvadi.

Gilead, a California-based firm, has been criticized for its pricing of Solvadi at $1,000 a pill in the United States. The 12-week course of treatment costs $84,000, a prohibitive cost for rich and poor alike. Adding to the cost, Solvadi must also be used in combination with at least one other antiviral drug. Since December 2013, when sofosbuvir was first approved in the United States, Gilead was sufficiently pressured to lower the price, agreeing to do so in 2014 for 91 developing countries.

Hepatitis C is found around the world but is most prevalent in developing countries, especially Central and East Asia and North Africa. The World Health Organization (WHO) estimates that as many as 150 million people are infected with chronic hepatitis C. The influential organization recently added Sovaldi to its list of essential medicines and pressed for lower prices.

Solvaldi/sofosbuvir offers a far better treatment plan than drugs currently in use: a 12- to 24-week course of once-daily pills with few minor side effects and a superior rate of cure. The currently used drug, interferon, is administered by injection several times a week for at least six months with a number of major side effects, and most patients suffer a relapse requiring more treatment.

According to Doctor’s Without Borders’ Director of Policy and Analysis, Rohit Malpani, Gilead’s price should reflect the cost of research and development, but, instead, it reflects what it believes the market will bear. This is because, he adds, Gilead paid $11 billion to acquire Pharmasset, the original producer of the drug. Other countries have made agreements with Gilead for lower prices. Egypt, which has the highest prevalence of the disease, has a deal with Gilead to lower its price by 99% after rejecting Gilead’s bid for a patent. India has also been in talks with Gilead to reduce the price since 2014.

No vaccine exists to prevent hepatitis C. According to the WHO, 350,000 to 500,000 people die every year due to liver diseases resulting from hepatitis C. Without a much less expensive generic version of Solvadi, it is unlikely that this figure will change any time soon.