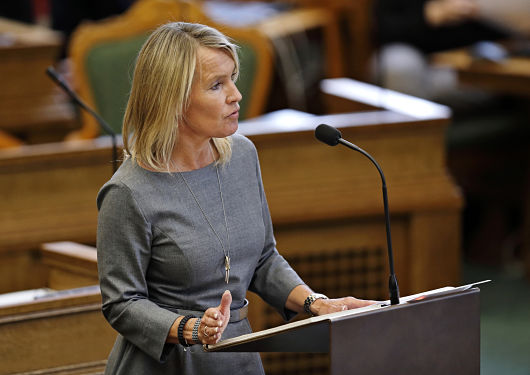 On June 18, Denmark’s center-left government, the Social Democrats, were ousted out of the political limelight as the country moved dramatically to the far right in favor of the ring-wing, populist and anti-immigrant Danish People’s Party (D.P.P). The Danish People’s Party is often regarded with stigma both at home and abroad and is on the outskirts of Danish politics since its founding in 1996.

However, in the most recent elections, the D.P.P. came in second place with 21.1% of the votes, only 5.2% less than the number of votes received by the leading Social Democrats. According to preliminary results published by the DR.DK, Denmark’s national broadcaster, the center-right bloc that includes the D.P.P now holds a majority of 90 seats in Parliament, which, for the first time, has elevated the D.P.P. into the centerfold of Danish politics. The results of this election come on the heels of growing unrest within Denmark over issues related to immigration and the security of the Danish welfare state. Denmark, a socialist and uber-liberal country which was voted “happiest country in the world” last year, is one of the highest-functioning welfare state programs in the world. The thanks is owed to the Danish citizens paying the highest income taxes in the world, at 60.2%.

The Danish welfare state was created in 1933 following the Social Reform Act, which sought to redirect Denmark’s attention inwards following the loss of the last remnants of the former Danish Empire, which once included Southern Sweden, Northern Germany, Iceland and Norway (and continues to include Greenland and the Faroe Islands). A “Denmark for the people” mentality was adopted, which subsequently iterated outwards into a Scandinavian-socialist ethos which has traditionally regarded foreign aid as an obvious centerpiece of Danish foreign policy. Providing welfare services “from the cradle to the grave” for citizens at home, such as free childcare, education through university and healthcare, and providing international aid to citizens abroad was regarded as two sides of the Danish-socialist-mentality coin.

The recent elections reflect the ways in which some Danes have begun to adjust their thinking about the welfare state and its relationship to those outside the “Danish family.” Similar to the recent wave of anti-immigrant parties which have popped up throughout Europe, such as the Finns Party in Finland, the Progress Party in Norway, the Sweden Democrats in Sweden and UKIP in the United Kingdom, the D.P.P. frames itself as the voice of “Old Danes” who regard the growing influx of immigrants within Denmark as a threat to the Danish welfare state and the Danish way of life.

The presence of immigrants in Denmark, who make up around nine percent of the population country-wide, in conjunction with the recent surge of 14,000 mostly Muslim asylum seekers and the Copenhagen shootings of February 14 by the 22-year-old son of Palestinian immigrants, has produced a backlash of growing nationalist sentiment in Denmark. As a result, supporters of the D.P.P. have begun to implicitly redefine how “Denmark for the people” is understood. A motto that traditionally went unchallenged, given the historically monocultural and monoethnic nature of the Danish population, is now being reformulated by the D.P.P. to function more as “Denmark for the Danes;” as the D.P.P. has proposed slashing welfare entitlements for newly arrived immigrants and refugees into the country.

Increasing exclusivity regarding Danish welfare state benefits is being matched in Parliament by talk among the D.P.P and the Liberal Party that Denmark should cut back on foreign aid in order to channel more money into welfare entitlements for native Danish citizens, especially the elderly. In 1970, the world’s richest developed countries agreed to give point seven percent of their Gross National Income (GNI) annually to international development aid.

Historically, Denmark, along with Norway, Sweden, Luxembourg and the Netherlands, has been one of the few developed countries to actually commit to reaching this target. Proposals or talks of cutting foreign aid thus represent a dramatic break from Denmark’s historically extraordinary commitment to reaching the point seven percent goal. A survey conducted for the Ministry of Foreign Affairs has also found that right-wing political opinion about foreign aid is being matched in public opinion, as support among Danes for foreign aid has fallen by 15% in the last five years. The recent shift to the right in Denmark now leaves Sweden as the only country in Scandinavia in which the center-left continues to hold the majority of political power. The Swedish equivalent to the D.P.P. – the Swedish Democrats – also continue to be regarded as political pariahs in mainstream Swedish society.

Despite Denmark’s sudden swing to the conservative anti-immigrant right, the country currently continues not only to meet but to exceed the annual point seven percent foreign development aid target.