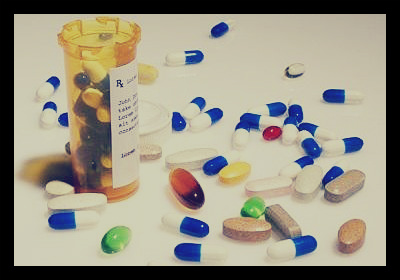 Everyone in the United States knows to expect a long, rambling list of side effects at the end of a TV commercial for medication. We have also learned that taking medication as directed by a physician is an important part of being a responsible patient and consumer, and to notify our doctor immediately if symptoms worsen. But in the absence of television, many people living in rural communities of developing nations don’t know what to make of their medication and its side effects. And without consistent access to doctors or nurses who might be able to explain these side effects, patients’ lack of information often prevents them from benefiting from medication meant to help their quality of life.

This lack of consumer information has dramatic consequences. For example, the World Health Organization estimates that there are more than 222 million women worldwide who would like to use family planning methods to delay or prevent pregnancies, but are unable to do so. Coincidentally, for those women who do make it through social and financial barriers to obtain birth control pills, experiencing adverse symptoms to birth control is one of the main reasons women stop using the method. When women get unexplained bleeding outside of regular menstruation, cramps, headaches, and back pain, they assume the medication is hurting their bodies. This breeds rumors that birth control damages the body, further ingraining social stigma against family planning.

Similar issues surround the drug Coartam, used in many rural health centers as the first-line treatment for malaria. Because Coartam relieves the fever and chills of a malarial infection, some patients will ask for Coartam any time they have a fever, whether it is caused by the malaria parasite or not.

Most public health organizations focusing on HIV/AIDS have realized the critical importance of education alongside medication and healthcare. The famous ABC campaign, first created by the health ministry of Botswana in the 1990s and adjusted in 2003, has educated millions of people about how the HIV virus is transmitted, and how abstinence, being tested regularly, and using condoms can prevent HIV infection. The campaign has aimed to leverage the millions of dollars invested in condom distribution. Because gender dynamics and other social norms play a large role in the acceptance or rejection of condom use, education is a critical step in bringing about behavior change.

Now, health education needs to expand to include drug information any U.S. consumer would want to know. Public health and international development projects need to have the foresight and funding to include patient education if they want to truly impact healthcare and quality of life.