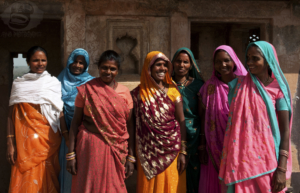 The protection of women’s’ rights and access to opportunities for economic empowerment are vital pieces to the reduction of extreme poverty. Indian women continue to face major challenges in gender equality as inferiority persists between men and women through familial relations and cultural norms. Emphasis on traditional gender roles such as taking care of the home, children, elders and religious obligations often leave women with little time to pursue educational opportunities. As a result, India has one of the lowest female literacy rates in Asia. With a lack of education, finding employment that provides a livable wage can seem hopeless, but organizations like Shakti.ism are creating new hope.

Economic Empowerment as a Solution – Shakti.ism

Shakti.ism, a female-led social enterprise, aims to dismantle these cultural norms through economic empowerment. The organization provides employment opportunities for women in India, many of whom are victims of domestic and gender-based violence. The women work to create unique hand-crafted accessories and develop and establish themselves as artisans. The social enterprise partners with NGOs throughout India to reach as women and girls as possible. Shakti.ism is also committed to abiding by and promoting the 10 Principles of Fair Trade and the U.N.’s Sustainable Development Goals. Founded by Jitna Bhagani, a survivor of gender-based violence herself, she hopes to encourage self-sustainment, independence and entrepreneurship in efforts “to break the cycle of poverty.”

Bhagani recognizes that cultural norms continue to largely impede upon the achievements and rights of women living in India. In a featured post by the Harvest Fund, Bhagani shares the stories of some of the women that Shakti.ism has helped. Many of these women are victims of discrimination as a result of the caste system. Although outlawed in 1950, it still remains deeply culturally embedded today. She notes that a lack of education, sex trafficking, familial relations and religious and cultural beliefs are some of the most prevalent causes of poverty and gender-based violence in India.

In collaboration with several NGOs, Bhagani’s Shakti.ism aims to tackle these issues by providing women with training focused on strengthening livelihood skills, compensating for a lack of formal education, a safe place to work, and alleviating dependence on male family members which reinforce societal norms. Another core goal of Shakti.ism’s mission is to provide women with the opportunity to become self-sustaining entrepreneurs, granting them access to a global market, financial and emotional support and secured wages.

Shakti.ism’s partnership with several NGOs has allowed the organization’s mission to reach women living in many parts of India, including Pondicherry, Jaipur, Hyderabad, and Chennai. The nonprofit organization has also partnered with another social enterprise called Basha Enterprises, allowing the mission to expand its reach to women in Dhaka, Bangladesh. Many of the women that have been employed by Shakti.ism have pursued entrepreneurship and are now participants in a global market, and working to ensure economic prosperity and a decrease in global poverty.

The United Nations cites that “empowering women in the economy and closing gender gaps in the world of work are key to achieving the 2030 Agenda for Sustainable Growth” which strives to end poverty. As demonstrated by the work and reach of Shakti.ism, the economic empowerment of women is vital in the mission to end global poverty.