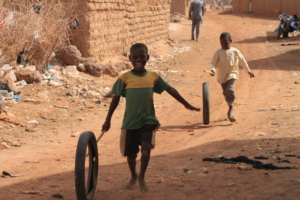 Niger is a country located in West Africa that spans more than 1.3 million square kilometers and is home to approximately 22.3 million people. It is ranked the lowest out of 188 countries on the Human Development Index (HDI). A prominent issue is its weakened education system, where children in Niger spend a mere two years on average. Additionally, there exists a gender gap that exacerbates discrimination against girls’ education. To combat this burgeoning issue, a variety of organizations have been working towards eliminating gender discrimination in Niger to provide better quality education for girls.

The United Nations Educational, Scientific and Cultural Organization (UNESCO) has been focusing on reform of Niger’s education system for five years. Starting in May 2015, the project targeted several schools in the town of Torodi. While this small town has been left out of many national development programs, UNESCO is working to successfully implement accessible schooling services to all girls in the region. The program also facilitates tutoring sessions and encourages female teachers to be employed in local schools.

UNESCO recognized that due to the rapid population growth, empowering the youth through education would go a long way towards improving the country’s socioeconomic standards. Moreover, with organizations like UNESCO teaming up with the government of Niger, the country is seeing positive developments in girls’ education. They reported a jump from 27 % to 65 % in girls’ primary school enrollment between 2000 and 2014.

The United Nations Children’s Fund (UNICEF) has also played an active role in reducing gender discrimination in Niger’s education system since 2012. Through significant investments and thorough management, enrollment into primary schools has increased remarkably, especially with girls. Approximately 66% of the 71% of children enrolled in primary schools are girls. While these numbers are promising, factors like child marriages and safety concerns remain to be a significant barrier to girls’ education. UNICEF has laid out several objectives and solutions to overcome these issues.

According to a UNICEF representative in Niger, “only one in two girls goes to primary school, one in ten to secondary school and one in fifty to high school.” UNICEF partners with Niger’s government at the ministerial level to ensure that that access to girls’ education is a policy priority. In doing so, UNICEF monitors how Niger is meeting its education goals. Additionally, UNICEF works at the community level to monitor that both boys and girls receive quality education. For girls, UNICEF realizes the cultural and societal issues at play, like the expectation of housework and child marriages, and works with those effected to overcome these obstacles.

The United States Agency for International Development (USAID) has signed a ten year deal  (2014-2024) with Niger’s national education sector to help decrease the gender discrimination present in its education system. USAID also promotes parental education to the community as a whole. Well-educated parents are more likely to enroll their children in school as well as encourage the completion of their curriculums.

International organizations are continually working to help Niger’s government through funding and managing the country’s education sector. Reform of the country’s education system has been progressing over two decades and has made notable improvements in terms of enrollment rates. As the country progresses into the next decade, organizations like UNESCO, UNICEF, and USAID plan to further support children in Niger by working to provide them with equal and quality education. Such improvements in education and gender discrimination can have a ripple effect, bringing positive change to Niger’s social, political, and economic systems.