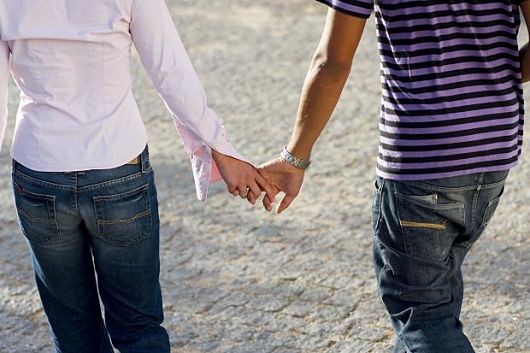 There are more than 1 billion teenagers worldwide. Seventy percent of them live in developing countries. According to the Demographic and Health Surveys and the AIDS Indicators Survey, the average age that young people in impoverished countries have their first sexual encounter is, at the lowest, age 16 or younger, and, at the highest, 19.6.

Just like in developed nations, with sexual activity comes the risk of sexually transmitted diseases and unwanted pregnancies. Unlike wealthier nations, these impoverished countries lack adequate healthcare. In places such as Sub-Saharan Africa, AIDs is an epidemic. Two-thirds of those infected are adolescents.

Adolescent girls run the greatest risk for sexual and reproductive health threats. A young girl that becomes pregnant who lacks access to healthcare faces many serious health risks. Pregnancies, child-birth and abortions are all perilous. The likelihood that a 15-year-old girl in a developed nation could ultimately die of maternal complications is 1/3800. Compare this to just 1/150 in the developed world.

Meet Reem: she is a 15-year-old girl living as a refugee in a camp. Her two-month-old baby is underweight because it was born prematurely and because Reem was never taught how to breastfeed. She has no one to help her, her husband was killed before the baby was born, and her mother was separated from her in the national conflict.

In other instances, girls marry older men. Hibo is a 13-year-old girl living in a Somalian refugee camp. The oldest of five children, she is responsible for helping her mother care for the family. Her parents are planning to marry Hibo to a wealthy landowner that will bring the family much-needed money and honor. She has been told that it is her duty to marry, serve her husband, and bear him children.

Married women like Hibo are encouraged to have children as soon as possible. Their social status and identity are associated with raising children. Being childless is frowned upon. Unfortunately, wedding older men who have had previous partners bring the potential for STDs.

Young people also face the danger of sexual violence. A national survey in Swaziland revealed that one-third of girls aged 13-24 suffered sexual abuse before the age of 18. Boys face abuse as well but are reported as being less likely to reach out for help from healthcare providers.

Although young people are getting married at an older age, the amount of premarital intercourse is increasing. At the same time, contraceptive use for all teens is low. In Sub-Saharan Africa, contraceptives are used by a low of 3% of sexually active adolescents in Rwanda and a high 46% in Burkina Faso.

Due to the U.N.’s Millennium Development Goals, more youth have greater access to formal education. Health officials decided that school-based sexual/reproductive health programs were the perfect way to educate adolescents. Yet, a survey of these programs and their effects have produced varied results. Not all adolescents attend school, and the funding for these programs is not always there.

The Save the Children organization understands that if there are no programs that specifically reach young people with sexual health programs and education, they will never access the care and knowledge they need. The organization has set up teen-accessible places to teach them about safe sex and offer health services.

Their methods and the continuation of school-based programs have been yielding promising results in places like Mexico, Nigeria and the Dominican Republic. Young people are taking more measures to prevent STDs and unwanted pregnancies.