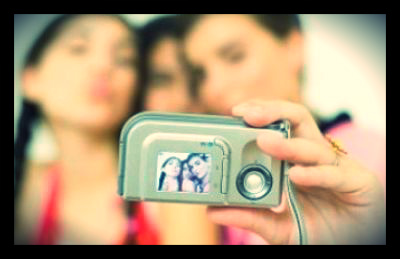 Social networking sites have created platforms for individuals to engineer an online version of themselves, editing bits and pieces of their lives to portray to their friends or even to the world.  Users are armed with an array of tools that give them an unending soundboard to voice everything under the sun relating to their lives, thoughts or opinions.

Along with this focus on ones self comes the infamous #selfie.

The Oxford Dictionary recently even deemed “selfie” as the word of the year, defining it as “a photograph that one has taken of oneself, typically with a smartphone or webcam and uploaded to a social media website.”  The dictionary’s word monitor indicated a 17,000% increase in the usage of the word “selfie” since last year.

Selfies have been used by a whole gamut of people, from everyday individuals to celebrities and politicians alike.  Even United States President Barack Obama was caught posing for a selfie during Nelson Mandela’s memorial service, an image which the photographer says “seemed to get more attention than the event itself.”

While much focus on “selfies” seems a bit “selfish,” a couple of college students from Brigham Young University took the initiative to turn this popular craze into a force for good.  Chas Barton and Dustin Locke developed the “Selfie Police” Initiative last year as part of a 24-hour creativity competition.

When discussing how they came up with the concept, Barton said, “It’s tricky because we’re such a selfish generation, so the question we asked was not how do we make our generation charitable, but how do we turn selfishness into charity.”

The way the initiative works is by “selfie violators” voluntarily turning themselves in and donating a dollar for each photo, or by friends of violators tagging the selfies on Instagram or Facebook with Selfiepolice.org or #selfiepolice and urging their friends to pay up.  Since their launch a few weeks ago, the Selfie Police have raised $1,609.

According to their website, “one-hundred percent of funds raised by the #selfiepolice will be contributed to Vittana, an innovative organization dedicated to fighting world poverty by providing student loans to college aged kids in third world countries.”

In light of the self-absorbed tendencies cultivated by social networking, the founders hope that they can “create a culture of people who think of others, even when obsessing over themselves.”