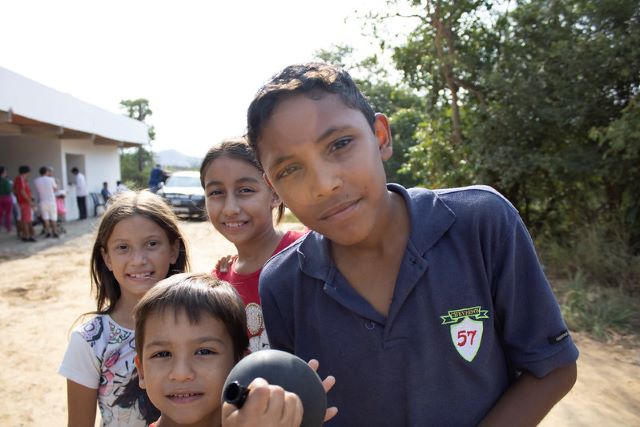 A combination of poor leadership and crippling sanctions have created a nation-wide economic crisis in Venezuela. The Center for Strategic and International Studies found that even before U.S. sanctions were placed on Venezuela, the country was already enduring hyperinflation, had seen food imports fall by 71% and more than two million Venezuelans had fled the country. Nevertheless, sanctions only exacerbated the crisis as Torino Economics found U.S. sanctions on Venezuela were associated with an annual loss of $16.9 billion in oil revenue. As a result, the Atlantic Council reports that more than 80% of Venezuelan households are food insecure and 3.7 million individuals are malnourished. Consequently, refugees filed more asylum claims globally in 2018 than any other country has. The number of Venezuelan migrants and refugees is expected to reach eight million in 2020, surpassing Syrian migration by more than three million. Reforms in the county are being implemented with the aim of saving the Venezuelan economy.

While this economic collapse still ravishes the country, there is certainly hope for the future. Due to both internal and external pressures, the president of Venezuela, Nicolás Maduro, has begun to encourage policies of economic liberalization and privatization that are indicating an economic rebound.

Toward the end of 2019, Argus Media reported the Venezuelan government was beginning to ease economic controls. Specifically, the Maduro government erased most price controls, loosened capital controls, tightened controls on commercial bank loan operations, and most importantly, began to accept informal dollarization. Immediately these policies curbed the levels of hyperinflation that had caused the food crisis across the country. Advisers estimate inflation to be at only 5,500%, a significant improvement compared to the International Monetary Fund forecasts that predicted inflation levels of more than 10 million percent. This is largely in part to the importation of dollars into the Venezuelan economy, pushing out the uselessly-inflated Bolivars. Indeed, a Bloomberg study found Venezuela’s economy is increasingly dollarized, as 54% of all sales in Venezuela by the end of last year were in dollars. Most importantly, food and medicine imports have rebounded, now reaching 15% of the population.

Privatization of the Oil Industry

In addition to the Maduro government relaxing economic controls, the economic rebound in Venezuela has occurred due to increased privatization of the oil industry. Despite being under the control of the military for years, Venezuela’s state-owned oil company has trended toward letting private firms handle operations, aiding in fixing the mismanagement perpetrated by the military’s control of the industry. For the first time in decades, the private sector accounted for more than 25% of GDP in 2019 and likely more by the end of 2020. Consequently, the Panam Post reported that oil production increased by more than 200,000 barrels, a 20% increase following privatization.

Initiatives to Help Venezuelans in Poverty

The South American Initiative, through its medical clinic, provides medical care and medicine to Venezuelans in need, with a special focus on mothers and children. To provide these essential services, it relies on donations that people provide on the GlobalGiving platform.

The Future of Venezuela

While there is hope to be found in these reforms, Venezuela has far from recovered. The National Survey of Living Conditions indicates that more Venezuelans are in poverty in 2020 than in 2018, with food security decreasing another 7% over the past two years. The average income of Venezuela remains low at just over 70 U.S. cents a day. These reforms are the foundational steps needed to begin to reverse the economic trend that has relegated millions of Venezuelans to extreme poverty. If the economy is ever to correct itself, liberalization and privatization will be the jumping-off point for an economically thriving Venezuela in the future.