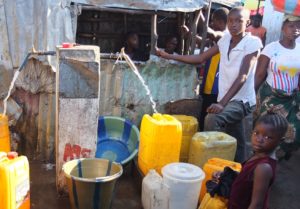 Gabon, officially known as the Gabonese Republic, is a coastal country about the size of Colorado, home to 2.1 million people. Independent of French imperial rule for only 60 years, the country maintains strong ties to European and American markets. Gabon neighbors the Atlantic Ocean to its west and many rivers inland, from the Ogooue to the Ivindo. Despite its recent development, however, poverty and access to basic sanitation still plague about one-third of the population. Here are 10 facts about sanitation in Gabon: both the present and plans for the future.

10 Facts about Sanitation in Gabon

Universal sanitation and related basic needs are clearly part of an intricate web that entangles a host of other internal problems. With the rising influence of existing and emerging domestic and international programs, these investments will improve sanitation; this will ultimately move Gabon toward a healthier future.