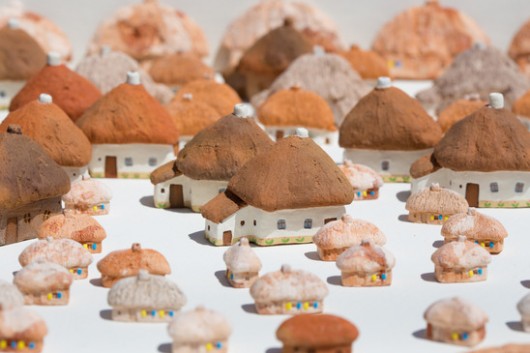 Roger Federer is an all-star on and off the court, scoring major points for his contributions to ending global poverty.

The tennis player recently visited Malawi to check out the progress of the preschools built through his nonprofit, the Roger Federer Foundation. The Swiss athlete created the charity 10 years ago to help poverty-stricken countries in Southern Africa.

In Malawi, they’ve built 50 preschools and benefited 37,000 children. During his visit to the country, Federer sat in on classes, helped out in the kitchen and played with the kids during recess. He also had the opportunity to attend the launching of a new childcare facility.

Federer and his foundation aren’t just about sending funds to build preschools; they want to see the impact they are making and physically be apart of making education happen. In addition to their work in Southern Africa, the organization also promotes quality education in impoverished areas of Switzerland, Federer’s home country.

The Roger Federer Foundation believes that the children of today are the leaders of tomorrow and would like to empower children affected by poverty by providing them a sustainable and accessible education. So far, the foundation has benefitted 215,000 children in seven countries, with plans to reach a million children by 2018.

Quality education is fundamental to ending the cycle of global poverty. Education contributes to sustainable living and stronger livelihoods, and preschool education serves as the foundation of learning.

Despite his tough loss at Wimbledon, Federer proves admirable success through the accomplishments of his foundation in bringing education to impoverished youths.