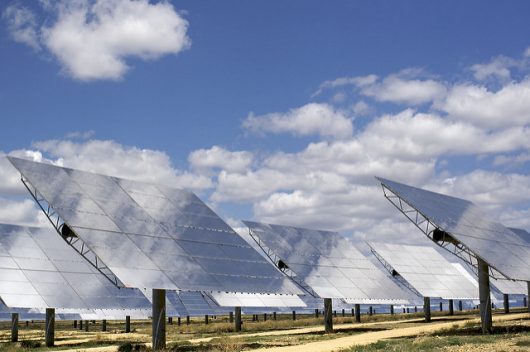 On the surface, the term “foreign aid” indicates a government policy that is purely altruistic. The reality is that foreign aid is also an investment. Aid opens new opportunities for American businesses overseas and promotes domestic job growth by developing future trading partners. The Power Africa initiative is a prime example of the return on investment of USAID.

Two-thirds of people in sub-Saharan Africa do not have access to electricity. Established in 2013, Power Africa is a government-led partnership aiming to double access to electricity in sub-Saharan Africa. The initiative aims to establish 60 million new connections for homes and businesses by 2030. American firms, such as General Electric and SunEdison, sponsor and manage projects in conjunction with other international and local businesses.

Sen. David Perdue (R-GA) recently highlighted the return on investment of USAID and the Power Africa initiative. He elaborated, “USAID put $8 billion up and attracted more than $45 billion [in commitments].” According to USAID, $2.8 billion has been spent thus far and $14 billion guaranteed. That amounts to a return on investment ratio of one to five.

The return on investment of the Power Africa initiative should not solely be considered a short-term goal; USAID funding and assistance have fostered immediate short-term investments by U.S., African and other international businesses. However, the long-term ramifications of the development of the energy sector in sub-Saharan Africa have the potential for much larger returns.

Power Africa benefits current and future generations of Africans as it gives them the opportunity to become more self-reliant and less dependent on foreign subsidies. For example, South Korea received billions of dollars in U.S. foreign assistance from the 1940s through the 1970s. In 2013, South Korea was the sixth-largest trading partner of the U.S., with exports of $42 billion and imports of $62 billion.

The Marshall Plan is another notable success story of the return on investment of international development money. The Marshall Plan was a policy under President Truman in which the U.S. government spent just over $120 billion in today’s dollars to rebuild Western European economies after World War II. The policy was a resounding success. The U.S. now exports approximately $240 billion to the EU every year, and millions of Americans have jobs as a result.

Historical examples provide concrete evidence that both the recipient and donor benefit from foreign aid. Power Africa has the potential to transform the energy sector in sub-Saharan Africa and provide further evidence of the return on investment of USAID.