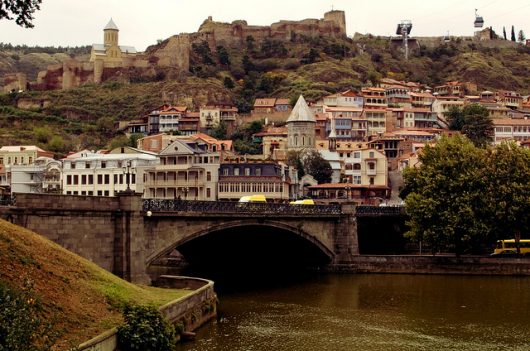 Nine Facts About Refugees in Georgia

1. As of mid-2015, there were more than 250,000 “refugees and other persons of concern to UNHCR” in Georgia. This includes refugees, people in refugee-like situations (who have not been formally recognized as refugees), internally displaced persons, asylum seekers and other stateless persons.

4. More than 1,400 refugees from other countries were accepted into Georgia in 2015. The majority of them were from Iraq and Syria.

5. Since Russia’s second invasion of Chechnya in 1999, about 12,000 Chechnya refugees came to Georgia. Russia has made claims that Georgia hid Chechnya rebels, but Georgia has deemed those claims as false.

6. The International Criminal Court started investigating the war crimes of South Ossetia, Russia and Georgia in and around South Ossetia in order to bring justice to over 6,000 victims. Still, it is doubtful the victims will receive reparations.

8. During Georgia’s conflict with Abkhazia in 1992-1993, both sides terrorized civilians based on which group they were from and this led to many displaced persons.

9. The EU voted in February to allow Georgians to travel visa-free into the EU for up to 90 days. The EU was concerned this could cause an upsurge in Georgian migrants overstaying illegally, therefore it reserved the right to reinstate visa requirements if needed.