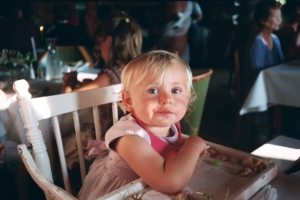 According to the United Nations, almost half of all fruits and vegetables produced worldwide go to waste. The world’s total wasted food “is enough to feed about three billion people.” In the city of Vancouver in Canada, food waste is a rising issue along with food insecurity. The Rescued Food Market aims to tackle hunger and food waste at the same time.

In Canada, about $30 billion worth of food goes to waste annually. As a consequence of this food waste, Canada is responsible for a significant carbon footprint of “56.6 million tonnes of CO2-equivalent emissions.” Yet, in Canada alone, roughly $49.5 billion worth of “food waste can be avoided by taking specific measures.” According to the Food Stash Foundation, every one in six children in British Columbia goes hungry. With less food wastage, “consumers and society at large will be able to save money, support efficiency in the food and agriculture sector, improve food security and reduce greenhouse gas emissions.”

A local Vancouver market seeks to aid in the fight against hunger by reducing food waste. Launched in October 2021, the Rescued Food Market is open every Friday to people from every income background. The market is the product of a larger organization that David Schein started in 2016 called the Food Stash Foundation. Rescued Food Market’s webpage describes the market as “a zero-waste grocery store that is stocked with nutritious surplus food from farms, grocers and wholesalers.”

The Success of the Market

Carla Pellegrini, the current executive for Food Stash Foundation, told Good News Network (GNN) that the Rescued Food Market aims to assist the Food Stash Foundation in distributing roughly 70,000 pounds of surplus food that the organization collects monthly. About “85% of that 70,000 pounds of food doesn’t even make it back to our warehouse, it goes right back out the same day with our drivers to other organizations,” Pellegrini tells GNN. However, at the end of a week, the organization still sometimes has surplus food that needs distributing. The Rescued Food Market assists in this regard.

In June 2021 alone, the Food Stash Foundation rescued more than 74,000 pounds of perishable foods, which, in turn, prevented almost 64,000 kilograms of CO2 emissions from entering the atmosphere. The overwhelming success of this food redistribution initiative not only helps protect the environment but also instills a sense of mindfulness on a local, community-based level through the Rescued Food Market.

Besides relying on the Food Stash Foundation’s surplus of food received from farms and grocers alike, the Rescued Food Market also encourages families in Vancouver to donate food that will otherwise go to waste. Indeed, community markets and fridges, as indicated by Katherine Oung in her article “Community fridges are lifelines for the neighborhoods they serve,” are especially crucial in areas “where traditional forms of food assistance are difficult to access.” Low-income families without cars, for example, would have an easier means of acquiring food at a community market than at a more remote food bank location. Community fridges are located throughout the world.

The Rescued Food Market brings to the forefront an innovative way to combat two issues at once. Reducing food waste is a significant step in fighting a more extensive, prevalent world injustice.