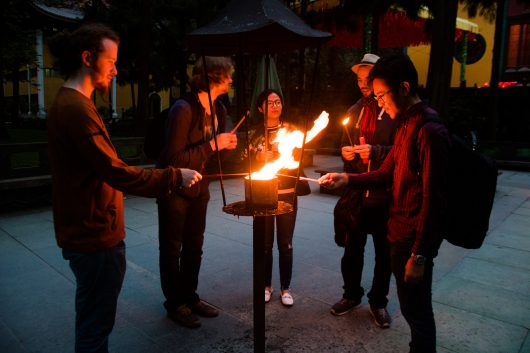 Environmentally-friendly sources of renewable energy have been championed for years not only for their benefits to the environment but also in terms of long-term cost-effectiveness and population health. China is particularly known for its commitment to clean energy, which is evidenced by its vast usage of solar energy and hydropower fueled resources.

Despite its usage of clean energy, China is heavily reliant on coal-powered activities. Recently, an analysis published by The Guardian outlined the effect of building “coal power plants in China” — the plants contribute to environmental pollution and exacerbate poverty. The unexpected effect of coal power plants is primarily explained by their inability to reach individuals in remote, rural areas and the fact that poor households often have insufficient access to electricity.

It is worth noting that despite increasing amounts of clean energy in China, the country has very high carbon dioxide emission rates. Significant carbon dioxide emissions can accelerate the effect of global warming. Global warming has undesirable effects on global poverty by increasing the frequency of radical weather changes, which can have a disproportionate effect on poorly built homes and farming prospects. A report by the World Bank suggests that an additional 100 million people can be afflicted by poverty by the year 2030, mainly as a consequence of climate change.

Rising carbon dioxide emissions have also been linked with numerous health risks. Carbon dioxide released from coal combustion can increase the risk of premature deaths due to air pollution. Through increased formation of ozone in the atmosphere, individuals are predisposed to conditions such as emphysema and cardiovascular disease, which can severely impair their quality of life.

In areas that are distant from mainstream sources of electricity, it is more pragmatic to build independent sources of renewable energy. Another important feature that characterizes developing countries is high unemployment rates and these can be addressed to some extent by the establishment of local renewable energy providers. Recently, it was estimated that approximately 8.1 million individuals globally are employed by the renewable energy industry.

With the multitude of benefits that renewable energy offers, what makes it so difficult for China to transition to a society that is completely reliant on clean energy? With coal comprising approximately 70 percent of China’s energy reserves, it is logistically difficult for the country to completely switch to renewable energy as this would cause a dramatic rise in unemployment. The costs of building new hydropower plants, solar powered systems and wind turbines also need to be factored.

In summary, the benefits of renewable energy sources outweigh the drawbacks by a significant margin. The objective to increase clean energy in China can be fulfilled by financial planning of involved costs, a thorough cost-benefit analysis of renewable energy and greater investment in sources of energy that facilitate a reduction in harmful carbon emissions.