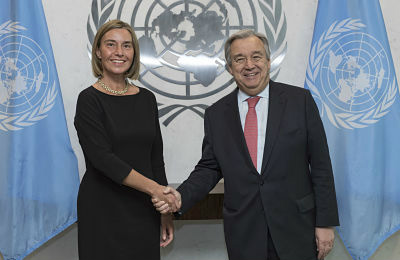 As of May 2017, the Philippines decided to end development assistance from the European Union. The Philippines is willing to reject €250 million worth of aid to prevent the EU from interfering in its internal affairs.

Relations between the Philippines and the EU have soured in the past year. In 2016, EU member countries called for strict monitoring of human rights abuses committed under President Rodrigo Duterte’s ‘war on drugs’ policy. Almost 9,000 people were killed in the Philippines since Duterte took office on June 30. Many were small-time users and dealers who police say were sho tin self-defense by officers during legitimate operations.

Presidential spokesman Ernesto Abella said that Duterte approved a recommendation from the finance ministry “not to accept grants that may allow interfering with internal policies.”

EU official Gunnar Wiegand defended the EU’s practice of setting conditions in exchange for aid. “You know why? Because it’s the money of our taxpayers. They want to know where their money goes,” Wiegand said.

The longstanding relationship between the Philippines and the EU became formal in 1980 in the European Cooperation Agreement with the Association of Southeast Asian Nations (ASEAN). In July 2012, the EU-Philippines Partnership Cooperation Agreement provided a legal framework for further cooperation in a range of areas. These included political dialogue, trade, energy, transport, human rights, education, science, technology, justice, asylum and immigration.

This agreement also doubled the planned grant assistance to the Philippines for the period of 2014 to 2020. Funds increased to €325 million, up from €130 million in the period from 2007 to 2013. The Delegation of the European Union to the Philippines states that this seven-year support strategy focuses on “the rule of law” (improved governance and increased cooperation in the justice sector) and “inclusive growth” through sustainable energy and job creation.

The EU also provided aid to Manila’s efforts to end the insurgency in Mindanao, a 50-year conflict that killed more than 120,000 people, displaced one million and prevented economic growth in the region.

The EU is also one of the most important providers of aid to the Philippines in the case of natural disasters. One example of such was after Super Typhoon Haiyan in 2013. The EU provided €180 million in humanitarian assistance and early recovery interventions to help those affected by Haiyan.

Some officials contend that this is only a temporary setback for relations between the Philippines and the EU. Economic Planning Minister Ernesto Pernia is skeptical of Manila’s decision. “I will not take that as policy. It is more of a reaction to criticism. I don’t think it’s going to remain as such,” Pernia said.