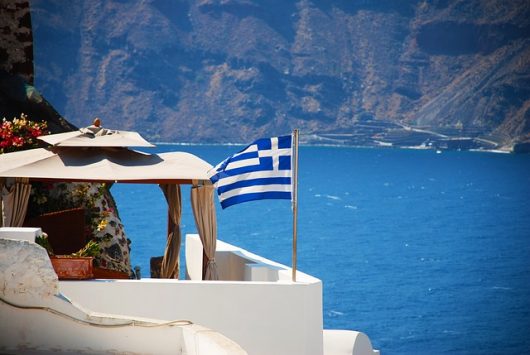 Greece is a country in southeastern Europe about the size of Alabama. Among other things, the nation is known fo­­­­­r its beautiful beaches and remarkable history. However, these wonderful features can easily be overlooked in recent years as the nation has faced and continues to face severe economic challenges.

According to Trading Economics, as of April 2017, the nation’s unemployment rate sits at 21.7 percent. That means more than two million Greeks are out of work. This unemployment rate is a few points lower than that of the U.S. at the height of the Great Depression.

The harsh economic conditions that Greece is facing are nothing new. While there is no official start date, December 2009 was an early sign of what was to come. With concerns rising that the Greek government would fail to pay its large debt, the nation’s credit rating was downgraded by an influential rating agency.

In the summer of 2011, the leaders of the European Union decided to bail out Greece, but this did not solve the nation’s crippling economic problems. A few key facts and figures about Greece demonstrate that in the months and years following the €109 billion bailout, conditions continued their downward trajectory.

In April of 2013, youth unemployment was just under 60 percent. In February of 2014, overall unemployment had increased to 28 percent. These harsh economic realities have plagued the nation’s people. Material deprivation affects more than 22 percent of the population, according to Eurostat. In other words, more than one in five people in Greece simply cannot afford basic necessities.

As a result, organizations such as food banks are struggling to keep up with overwhelming demand. “We’re worried because we don’t know if we’ll be able to meet these people’s needs,” said Eleni Katsouli, a municipal offer at a food bank in Athens, to Reuters.

As the facts and figures about Greece indicate, the nation’s people are in need of help. Fortunately, people and organizations have stepped up. One organization making a particularly strong impact is Desmos.

According to its website, Desmos exists to respond to “the need to responsibly and effectively utilize the private initiative in addressing the humanitarian crisis” afflicting Greece. One program that the organization runs that demonstrates its impact is “Desmos for Schools.” This is the fourth year of the initiative. In 2017 alone it donated important items such as computers and sports equipment to 14 schools in Greece. More than 1,300 students will benefit from these efforts.

Charitable organizations such as Desmos are not the only reason for optimism in Greece. A sign of economic improvement showed in 2016 when the budget surplus exceeded expectations. This positive trajectory is predicted to continue as the nation’s GDP is projected to grow by more than 1 percent this year and more than 2 percent next year, according to the Organisation for Economic Co-operation and Development (OECD).

Positive facts and figures about Greece such as these are encouraging signs. If these projections hold true, Greece’s darkest days are likely behind it. However, a very large portion of the population is struggling with poverty right now and is in need of help.