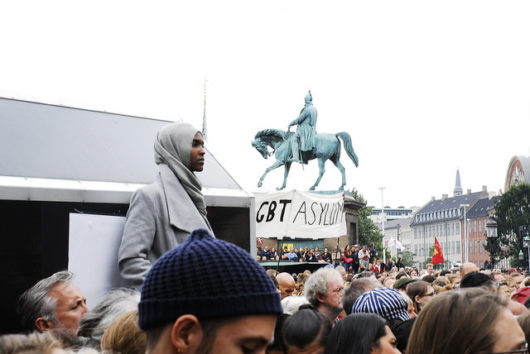 In 2017, Denmark received 3,479 applications for asylum. This was the lowest number of applications in the past nine years. The chance for refugees to gain asylum also decreased. In 2015, 85 percent of applicants received asylum and three years later, that number is 58 percent.

Founded in 2010, the Trampoline House provides a variety of services for asylum seekers and refugees in Denmark to help them with the process of integrating, navigating the process of gaining residency and providing them with a community and space to relax from the stress that comes from the asylum seeking process. However, those who seek the help of the Trampoline House are expected to help contribute to maintaining the house and help build a community for themselves and other asylum seekers.

The Trampoline House aims to create a community of Danish citizens, refugees, asylum seekers, and everybody else who calls Denmark home. This requires an effort from all parties involved to participate in maintaining a community. The staff is made up of both Danish citizens and migrants, and community meetings are held frequently so that members can share their thoughts and concerns.

Specific resources that the Trampoline House provides include child care, language classes, cooking, a women’s group, medical and legal counseling, art exhibitions and dance parties. Some of these programs are run or were proposed by refugees themselves.

The Trampoline House mainly focuses on providing help to asylum seekers and refugees because there is a large number of these people that remain in asylum camps across Denmark. In January 2018, 5,000 people were in centers. A majority of them still had cases pending from immigration services. However, 16 percent of them were rejected and remained living in deportation centers.

People who have been denied by the state remain in these centers until they can leave, but many of them do not even have the opportunity to do so. In the deportation centers, asylum seekers and refugees are not allowed to cook, have inadequate health care and are located in desolate areas where it is hard for them to travel anywhere. Essentially, the camps are designed to make people leave, but people cannot do this due to political oppression or violence in their home countries.

Trampoline House offers services specifically to refugees and asylum seekers that are denied. For example, doctors will volunteer to have check-ups for members of the house and provide them with the medical care they might need. Currently, medical services are restrictive in detention centers and only allowed for urgent cases.

As mentioned earlier there is a kitchen for members to cook in, since they are not allowed to make food for themselves in the camp. The food that they are served in camps is barely edible and is not diversified, meaning it is mostly consisted out of Danish dishes.

The Trampoline House also aims to raise awareness about the migration crisis and migrant rights in Denmark through the Center for Art on Migration Politics (CAMP) program. The program hosts exhibitions, education programs and releases publications about migration and the struggles that migrants face in Denmark.

While the number of refugees and asylum seekers that are arriving in Denmark is declining, it is important to ensure all of them have services to help guide them through the immigration process and a community where they can feel welcomed.

Trampoline House is one of the many nongovernmental organization working to provide them with a sense of belonging and comfort in what can be a stressful and confusing process.

EARTH University: Students Alleviating Poverty A Look at the Positive Side of AI and Drones
Scroll to top