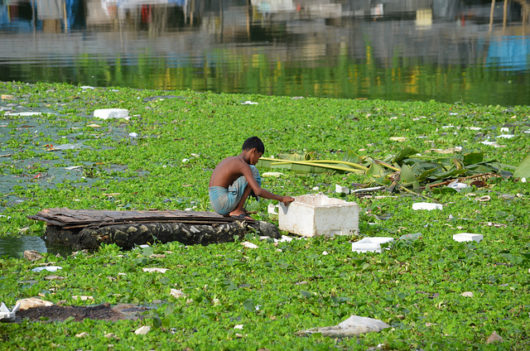 Over the past few decades, sanitation in Bangladesh has improved significantly. However, the nation still has a long way to go. As of 2016, approximately half of Bangladesh’s drinking water was deemed unsafe and sewer systems were defined as scarce. In an effort to address these issues, different organizations like the World Bank, UNICEF, WHO and Water.org have been creating and supporting programs that will improve sanitation and access to safe water in Bangladesh.

With an average of 2,639 people per square mile, Bangladesh is one of the most densely populated countries in the world. In rural areas, the population is less dense, but many rural residents do not have access to piped water and are without a system for sewage disposal and treatment, creating insufficient sanitation and an increased risk of disease. Waterborne diseases, including cholera, diarrhea, dysentery and typhoid, are particularly prevalent throughout the nation and cause the deaths of 50,000 children every year.

Urban areas, however, are truly dense, and the close proximity of residents creates many sanitation and health problems. The capital city of Dhaka is the only place in Bangladesh with a sewer system, but this system encompasses less than 20 percent of the city. As a result, approximately 60 percent of sewage in the city is untreated and gets into the waterways.

The population of Dhaka is approximately 15 million and is expected to grow to 20 million by 2020, as thousands of people each year migrate from rural areas in search of better life opportunities. The slums of Dhaka, that often represent houses for many of these poor migrants, are particularly unsanitary as four million of those who live in slums are not legally entitled to toilets and safe water. Without serious improvements both within Dhaka and throughout Bangladesh, water access and sanitation will continue to be deficient.

UNICEF has also been working on improving sanitation in Bangladesh through their Rural Sanitation, Hygiene and Water Supply Project. With the support of nongovernmental organizations and Bangladesh’s Department of Public Health Engineering, this project implements water and sanitation committees within local governments, helping the community engage with these issues.

Additionally, UNICEF focuses its efforts on primary schools, ensuring that children understand good sanitation and hygiene. They then encourage these children to tell their families and communities what they have learned. If more people are educated about sanitation and hygiene, then ideally they will be willing to adopt more hygienic practices.

The World Health Organization focuses on the waterborne diseases that are spread through unsanitary conditions and unsafe drinking water, developing Water Safety Plans (WSPs), which help guide water suppliers on what needs to be done to improve water quality. They believe in working directly with those who have control over water quality, rather than initiating change from the national government.

The development of WSPs included engineers and mechanics, in addition to health professionals, all of whom possess the knowledge necessary to improving water quality and sanitation in Bangladesh. WSPs outline potential hazards, as well as what water suppliers should do every day in order to prevent them from occurring.

On an individual and community level, Water.org provides loans to people who lack safe water and sanitation. Water.org works with Bangladesh’s microfinance sector to provide these loans, known as WaterCredit, which fund the building of infrastructure that will improve the safety of their water and decrease sanitation risks. More than 837,000 people have been impacted by Water.org’s efforts.

Mitu, a 23-year-old in central Bangladesh, used one of these loans to build a tube well for her family in 2014, allowing them to access fresh water. Prior to this construction, the nearest public water source was a 20-minute walk away. She noted that once her family had the well, their medical costs decreased by 95 percent.

Efforts to improve sanitation in Bangladesh are needed at all levels, and the World Bank, UNICEF, WHO, and Water.org are all working to make improvements that will impact millions. These initiatives need to both continue and expand in order to ensure ongoing progress and improvements.