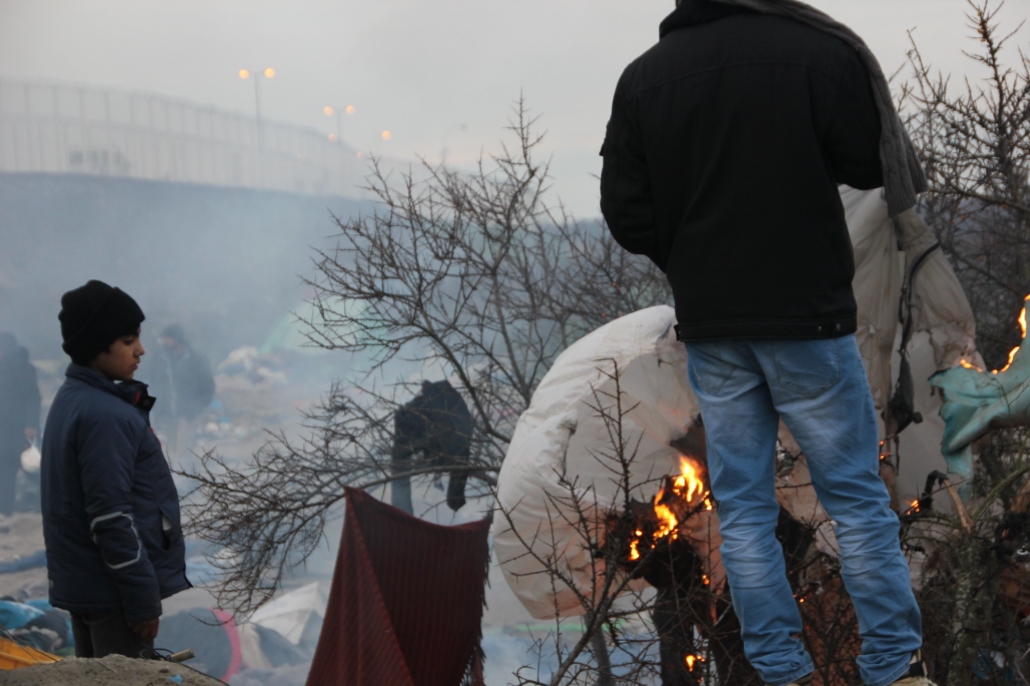 Having fled armed conflict and political repression, the refugees who reach Calais, France find no end to their struggle to survive. Aided by charities on the ground, volunteers care for them, but still, their lives are far from comfortable. Martha Haslam, a former volunteer in Calais, spent six months working for the charity Care4Calais to improve the lives of refugees. In an interview with The Borgen Project, Haslam said that volunteers “help to prepare donations for distribution and run the services at unofficial settlements.” During her time in Calais, amid a harsh winter and COVID-19 restrictions, humanitarian resources were less readily available. However, the organization worked continually to support the refugees in Calais, France as much as possible.

About the Refugees in Calais, France

The top 10 refugee-producing countries have either an ongoing conflict or poor human rights records or both. In Syria, a country that produces the most refugees in the world, more than 80% of the remaining population lives in poverty. Meanwhile, much of Eritrea’s population is subject to “forced labor and conscription.”

Haslam specified that the refugees in Calais have fled “recruitment by extremist groups and warlords (in Afghanistan and Sudan), political persecution (in Iran and Iraq), forced conscription (in Eritrea) and war (in Syria, Yemen and Kurdistan).” So, despite the hostile conditions, Calais is preferable to refugees’ home countries, where pushback tactics and even migrant slave trades are in full force. Yet, Calais is usually only a temporary stop, as the majority of refugees dream of reaching the United Kingdom, but often, there is no safe nor legal passage to get there and many refugees risk their lives in the process.

Charities such as Care4Calais do their best to provide jeans and coats for the refugees as Haslam told The Borgen Project that many have been “wearing the same set of clothes for weeks or even months straight while they have been traveling to Calais.” Various organizations are distributing provisions despite waning supplies and tightening government laws.

The living conditions in Calais also vary dramatically with the seasons. Commenting on the winter months, Haslam explained that she “frequently encountered people suffering from hypothermia” due to inadequate bedding and clothing. She also said that tap pipes containing the water supply from the French state froze for much of January 2021. Thankfully, this was not the only source of drinking water as charities also have reserves.

The Effects of the COVID-19 Pandemic

The COVID-19 pandemic dramatically affects living conditions in Calais. Aid from charities has significantly dwindled as fewer volunteers and donations are able to reach organizations due to restrictions. Also, tents that usually come from U.K. festivals are scarce due to a lack of public events during COVID-19. Further obstacles, such as increased policing and a lack of easy access to PPE, serve as added difficulties for refugees.

The pandemic has raised concerns due to the health risks it poses in a place where social distancing is often virtually impossible. Yet, the health dimension is, comparatively, a small problem for the refugees. “They have other worries that are more of a priority to them,” Haslam explained, stating that the refugees “generally aren’t that worried of catching the virus themselves.” The safety of the refugees is nevertheless a top priority for charities like Care4Calais, with volunteers sterilizing equipment and wearing PPE while encouraging the refugees to socially distance themselves at distributions and giving protective masks to those in need.

Care4Calais and Other Organizations

Care4Calais distributes basic necessities such as food, clothes and camping equipment. On top of this, it provides extra services like hair cutting and hot drink stations. Haslam says that an important role of the volunteers is to talk to the refugees every day and “let them know that there are people who care about them.”

More than 1,000 refugees depend on Care4Calais for provisions, but due to shortages, distributions are often sporadic. Haslam says that, as a large charity, Care4Calais is, fortunately, able to help when someone is in particular need, but that regular and sufficient distributions are simply not possible. Haslam regrets that “there is never enough to adequately supply the guys with enough to make them comfortable in Calais.”

Although safer than many other countries, the living conditions in the French city of Calais are still challenging and refugees do not intend to stay long. There is hope, however, that with the warmer months and the easing of pandemic restrictions, conditions will improve and more help will become available in the form of supplies and volunteers. There are many organizations that work hard to improve the lives of refugees and to show them that people care. Although the lives of these refugees in Calais, France are full of uncertainty and suffering, their temporary stay in Calais does not need to be the same.